Thank you for your patience while we retrieve your images.

The Coolidge family homestead is in Plymouth Notch, Vermont. The homestead remains exactly as it was the night Coolidge took office. In fact, much of the village of Plymouth Notch is unchanged since the early 20th century. The Calvin Coolidge State Historic Site is considered one of the best preserved Presidential sites in the nation. In addition to the homestead, visitors may tour the Plymouth Cheese Factory - established by the President's father - and sample the granular curd cheese produced there.
You can also visit several buildings including the Cilley General Store, the Post Office, the Wilder Restaurant (serving lunch), the church, several barns displaying farming tools of the era, the dance hall that served as the Summer White House, and the home where the future President was born. (http://www.historicvermont.org/coolidge)
NIKON CORPORATION NIKON D200, f/13 @ 70 mm, 1/50, ISO 100, No Flash
© This Clicks Photography 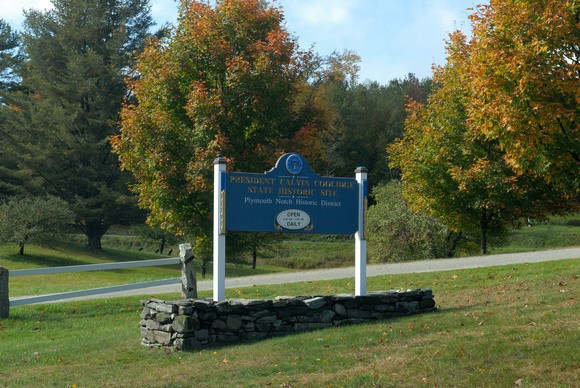