I've been wanting to go down to the Everglades to look for some Barred Owls at Mahogany Hammock. I'm pretty sure these owls are more active later in the day, but I had time to go look today. I entered the park around 9 am and to 64 degrees, but when I left only a half hour later, it was already 77! There was one older couple on the trail and not an owl in site. Huge bugs were swarming and buzzing me, so summer is coming my friends. I saw a couple of hawks though, one high up in a tree with a beautiful backlit silhouette from the parking lot and another one along the trail. Then I heard a squeaky sound and I followed it until I came across a little baby hawk high up in a tree on a branch to the side of its nest. I'm pretty sure it was hungry and that the hawk in the other tree was its mama looking for food. It stopped making noise when it saw that I saw him. I was able to get a few shots pointing straight up from the boardwalk. I also took a few landscapes along the way to show a bit of the trail that I walked. These photos can be viewed in their gallery here: Mahogany Hammock Trail Gallery 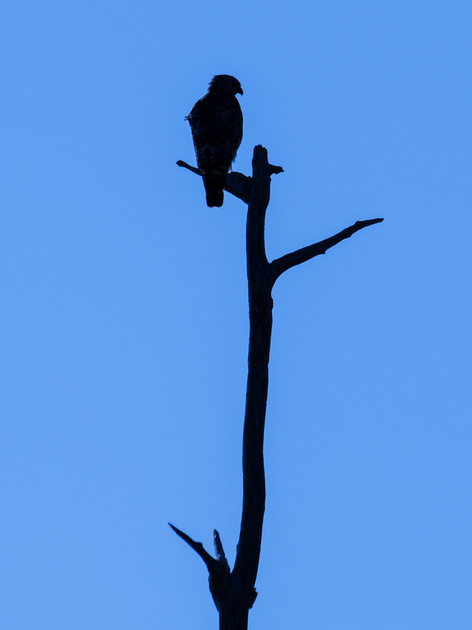 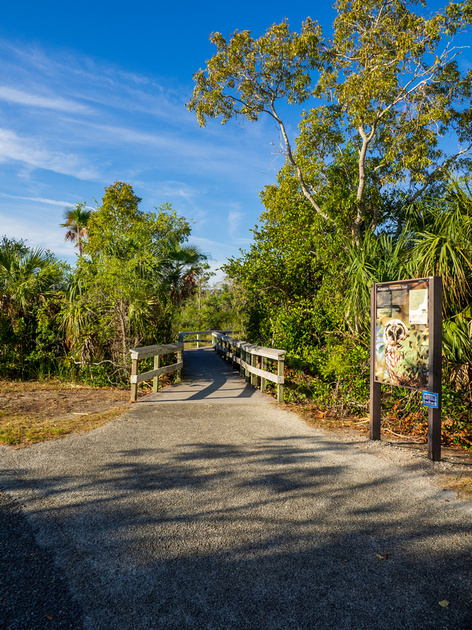 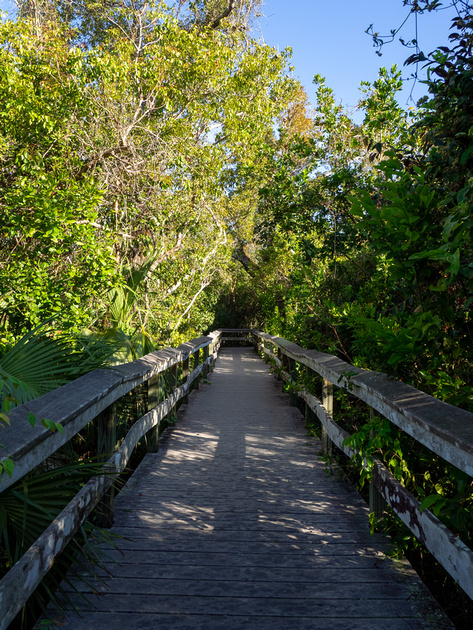 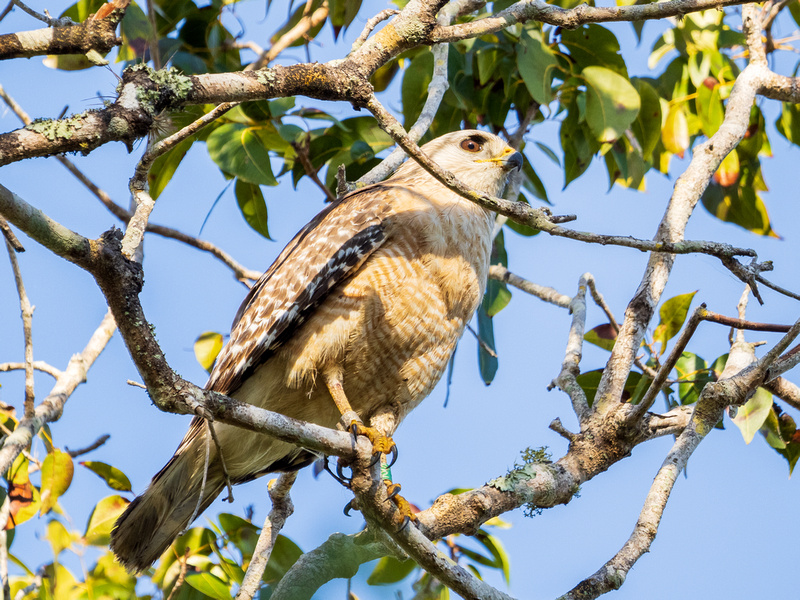 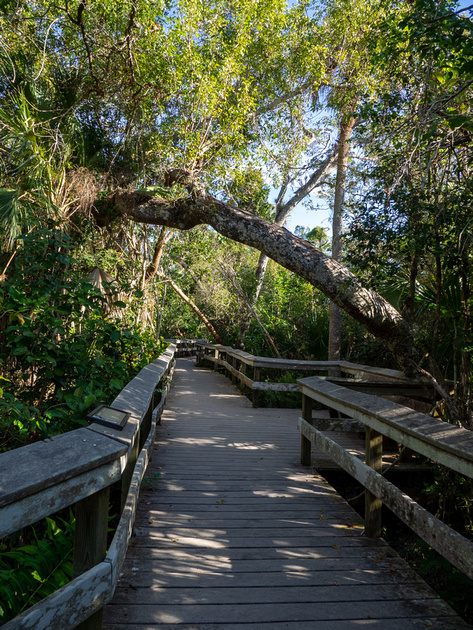 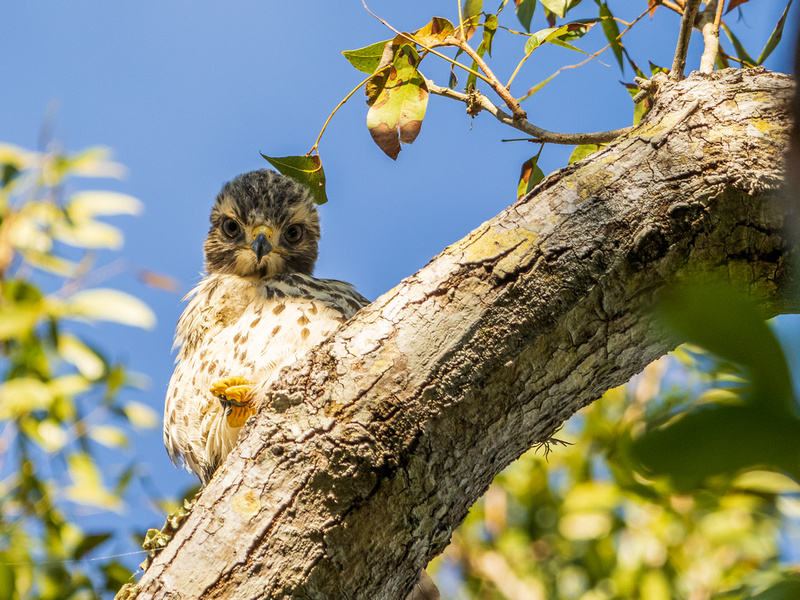 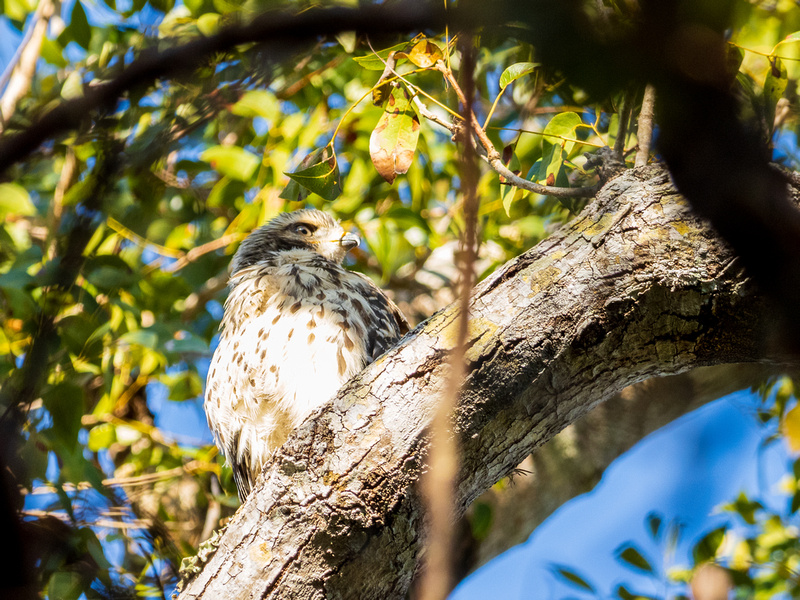 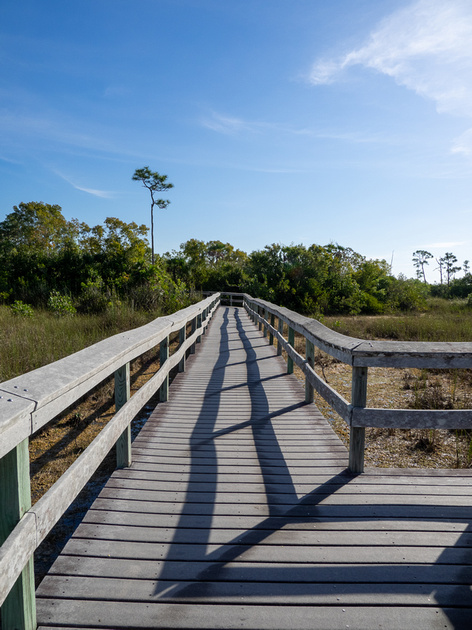 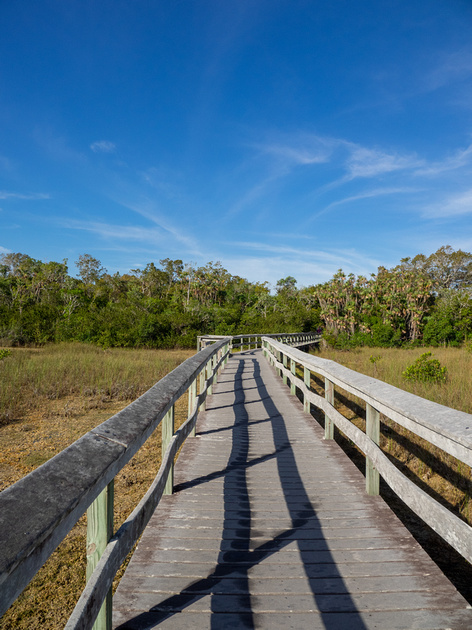 From the Everglades, I drove straight to the zoo. Today is apparently National Zoo Lovers Day, so I went back to see if any of the new zoo babies were out and about. I found out that the female baby tiger won't be out in the exhibit until it learns how to swim. Apparently I missed her first lesson today! Ron Magil just posted some cute photos of her first water experience. Hopefully she will be out on exhibit soon. Circe the Black Rhino was barely noticeable behind these flowers and I'm sure her son, born February 24th, was there by her side. After several minutes of waiting, I moved on. 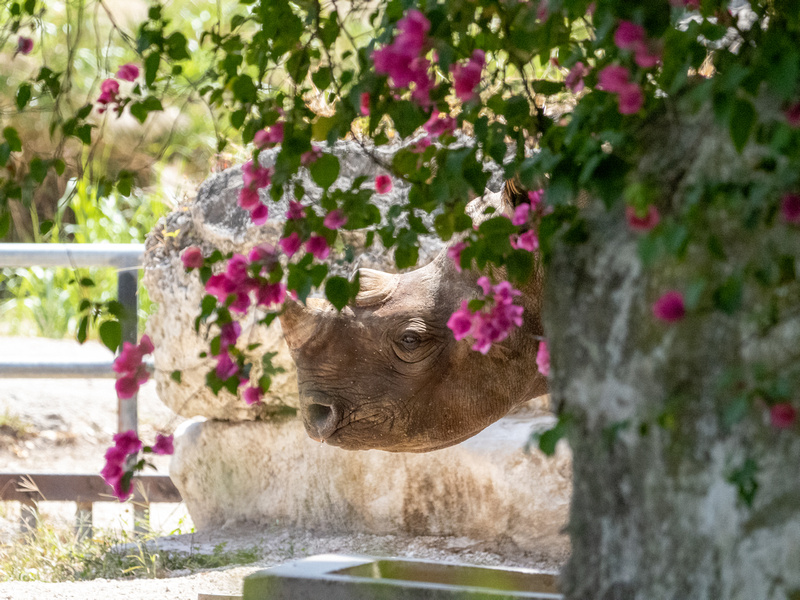 Circe a female black rhino who had a male baby rhino on Feb. 24th - hiding from view today

Both new born giraffes were out on exhibit today! If you read my last blog post, you already know their story and who the parents are for each of these babies. These two are still yet to be named. The male was born on April 2nd and the female was just born on April 5th. I believe today was only her 2nd day out for the public. She was very alert and getting used to her new surroundings and all the people. At one point I watched her playfully run across the grass. Her mama is super affectionate with her. All of the zoo photos can be viewed in their gallery here: Zoo Miami Giraffes Gallery 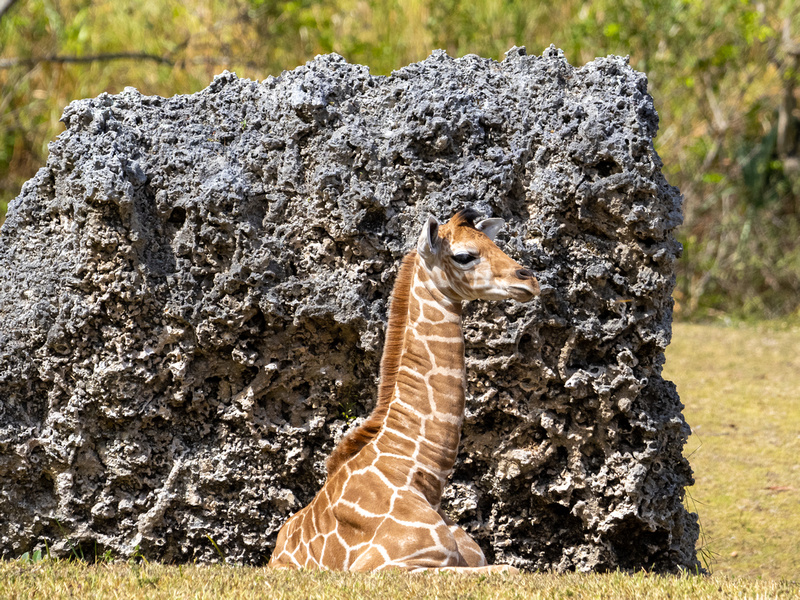 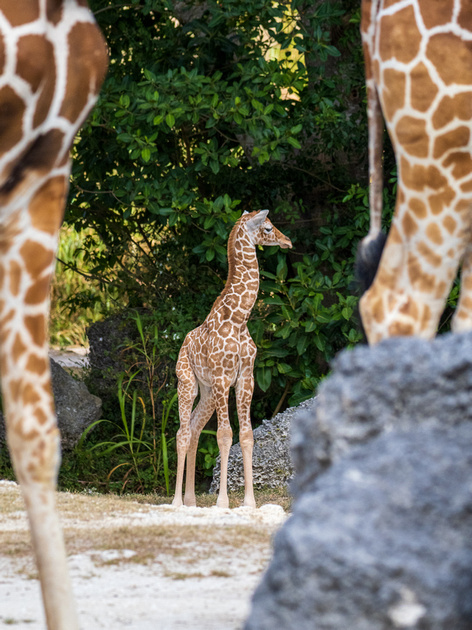 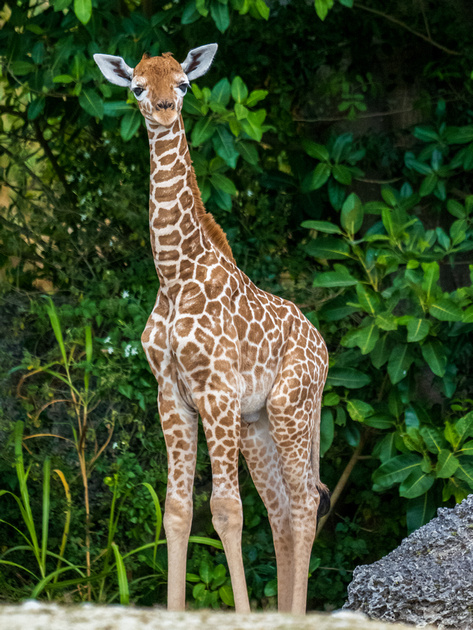 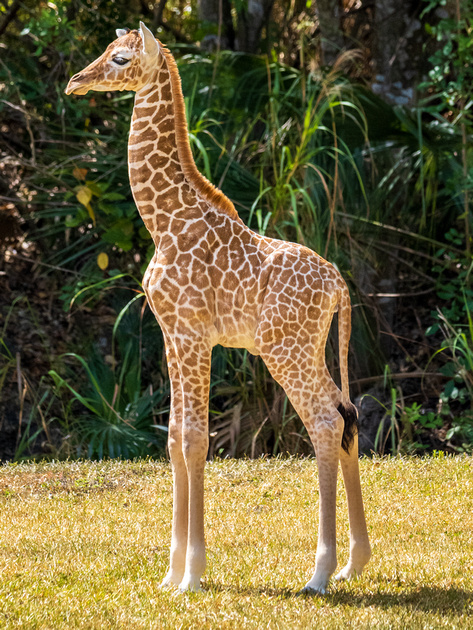 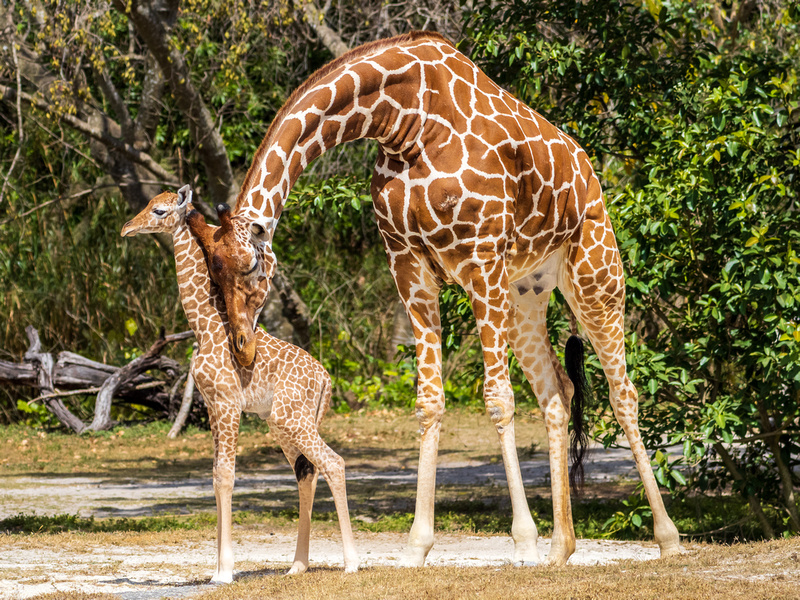 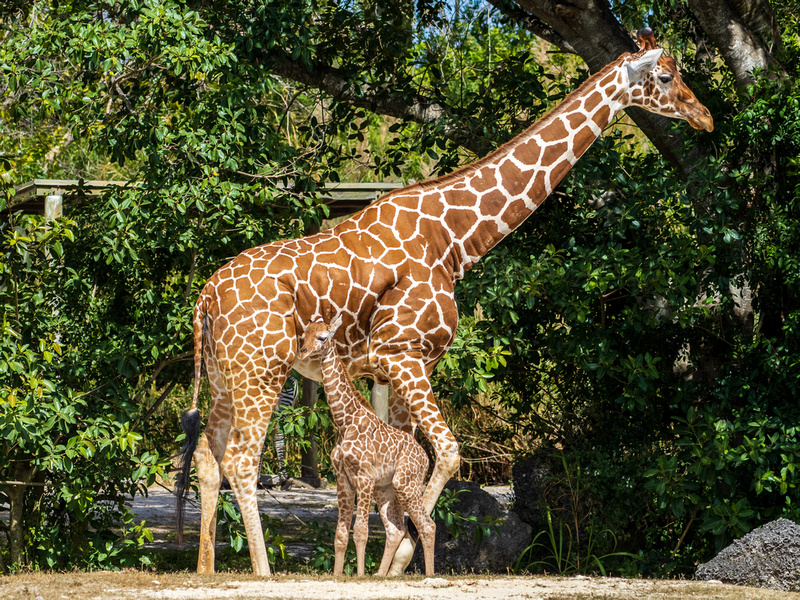 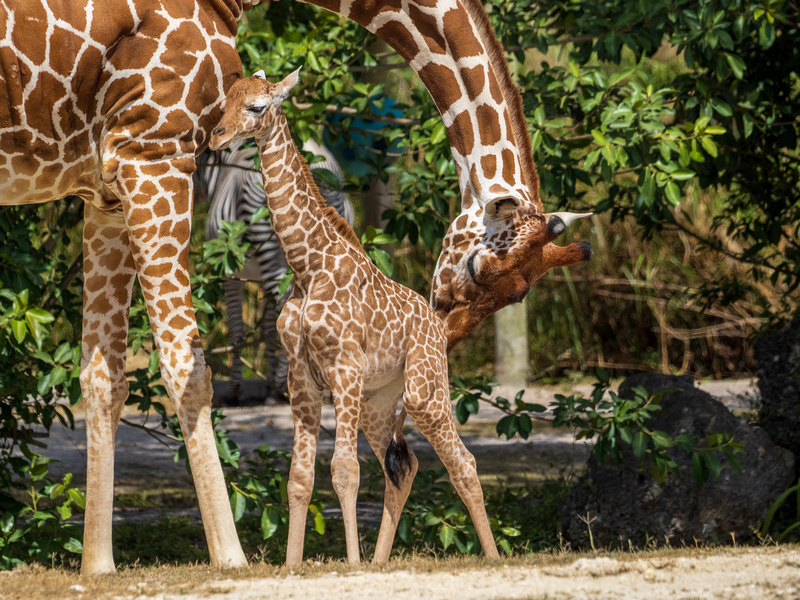 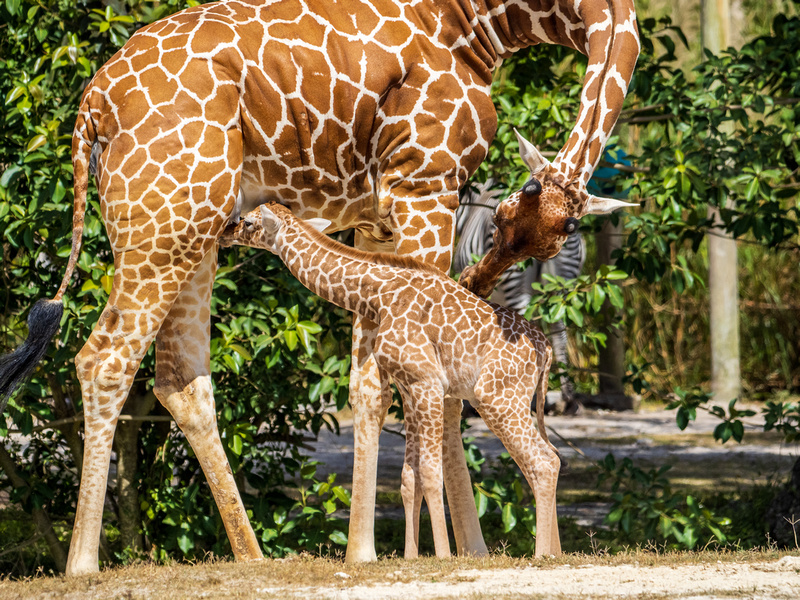 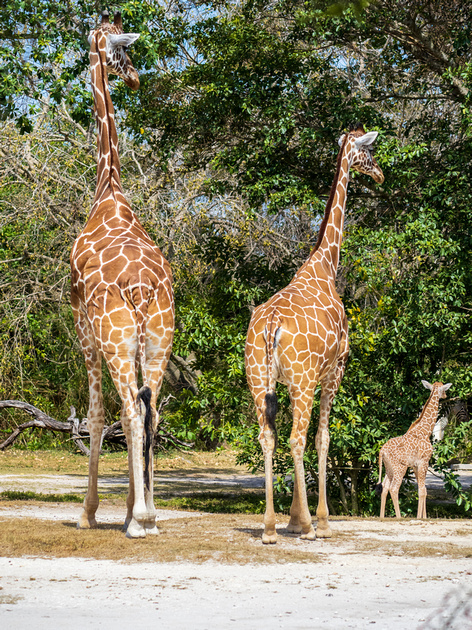 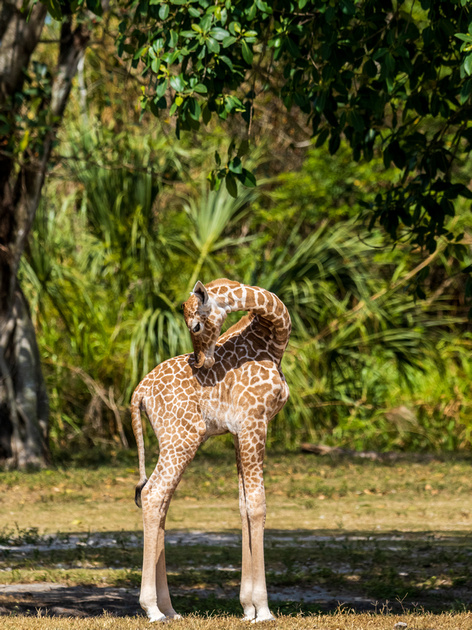