Starry Starry Night in the Everglades

Last night I went to shoot the night sky with my good friend Michael, down at Anhinga Trail in Everglades National Park. This was a class that was limited to 20 photographers and was led by photographer and park volunteer, Anthony Sleiman. This was my first time attempting to shoot the night sky and the milky way. I can't wait to go back out and try this again, but I think I have to go further into the park and get a little further away from the Miami light pollution.

Weather had been cloudy and rainy and I wasn't sure that we would have a clear sky, but it was actually quite good. The milky way was beautiful and there were an abundance of stars! Venus was out early in the shoot over the Gumbo Limbo trail. I think Jupiter is the bright light over the palm trees below. If you look closely, I even captured a few shooting stars. 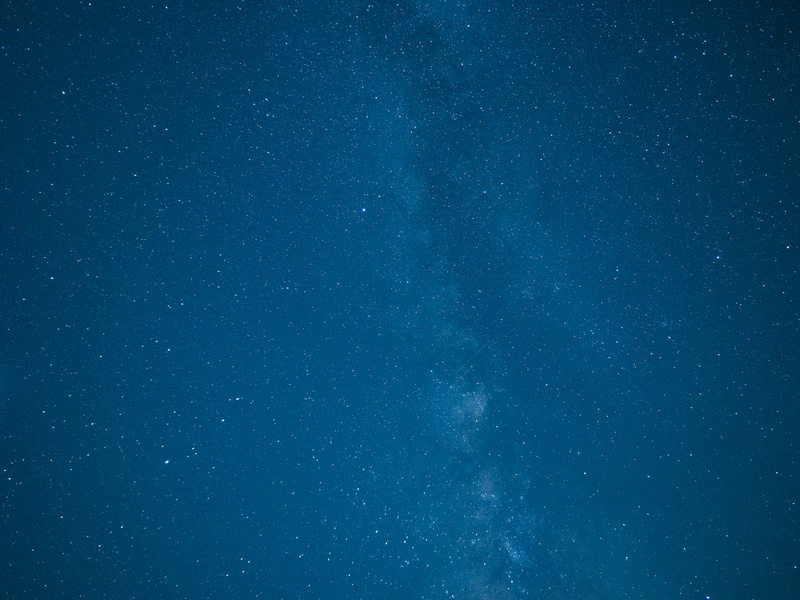 I'm not much into light painting, but we were there to learn something new. We stopped shooting the sky for a little while to do some light activities. I was way off to the side and because I was using a 12mm wide angle lens, I had to shoot carefully to keep the other photographers out of the pictures. It was interesting, but not something I would rush back out to try again. My favorite, however, would have to be the image with the spirals trailing across the photo. 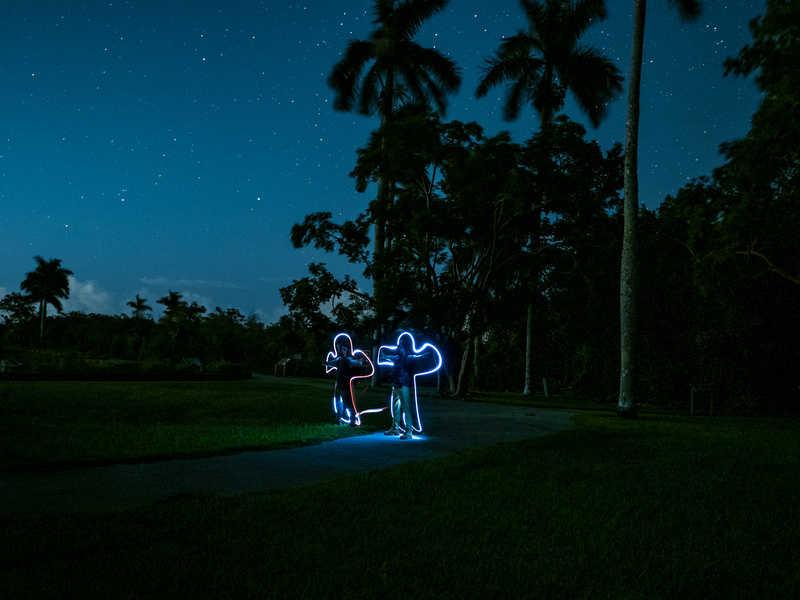 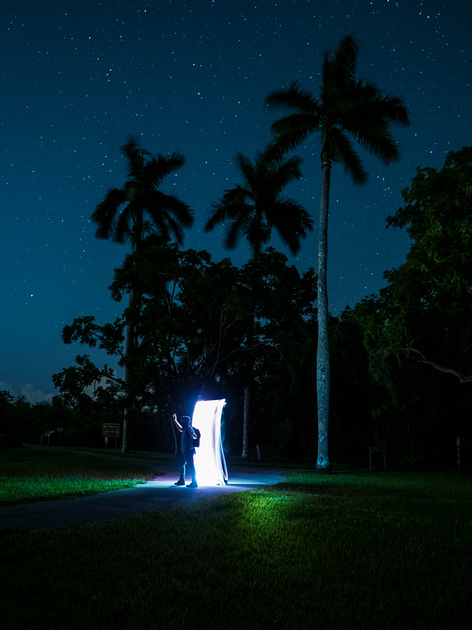 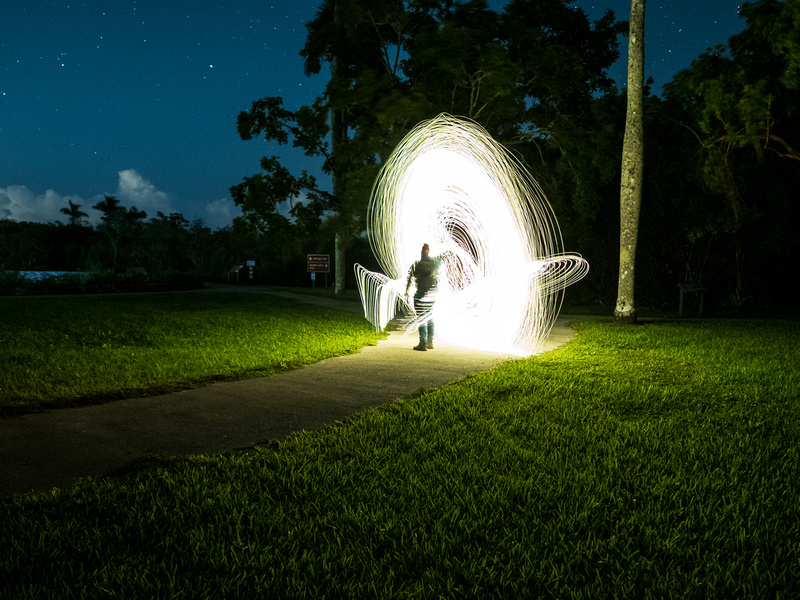 Michael and I went over to the Gumbo Limbo trail and took some pictures of the milky way (first image below). From here, the class went out on the boardwalk to shoot towards the south at the milky way. Overall, I'm happy with my takeaways from my first night sky photography class. They gallery link is here: Starry Starry Night in the Everglades 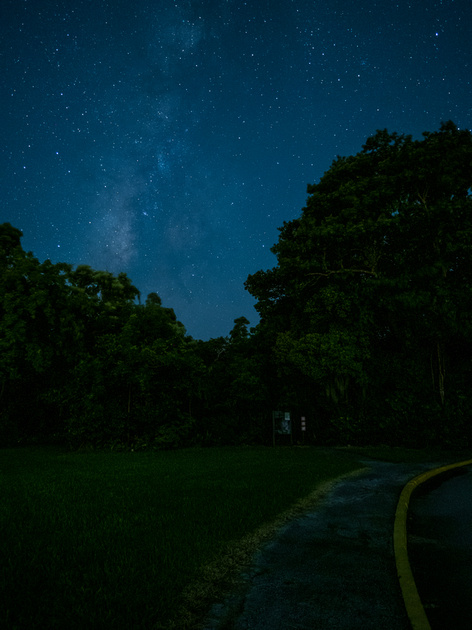