Fall in the Smoky Mountains 2019

Well hello strangers! It is very hard to believe that the last time I shared any photos or a blog post was way back in March of 2018! My daughter was in her senior year of high school in 2018-2019 and just moved up to Orlando for college this past August. Hobby aside, I put my heart and soul into everything she did. Being that she was in virtual school based out of Orlando, most events and graduation were always held up in Orlando. Orlando meant a visit to Walt Disney World, which we did many times. She was also in a band and we had many shows to attend around South Florida. It has been an emotional time and she is my only child. I'm sorry that I have been missing in action, but now maybe you have a little more understanding of why.

Dealing with her being away and a lot of stress at work this past year, I really needed a getaway. Somewhere that makes me feel at home whenever I visit is the Great Smoky Mountains in Tennessee. I went alone and spent 3 days visiting all of the places that I love and ventured out to see some places that I've always wanted to see. I drove 773 miles all over the Smokies and into North Carolina. I had plenty of good fall color and for the first time, I saw a couple of bears! One I saw at Roaring Fork with her tiny cubs. The other one came out of nowhere and ran out in front of my car when heading back from the North Carolina side on Newfound Gap Road! I had to slam on my brakes as I watched it run back into the forest!

Weather was great while I was there. I had just missed a rainy few days, which left a wintery layer in the higher altitudes. I had 50 degree weather during the days and the coldest morning was 28! It was mostly in the 30's and 40's most mornings though, which was lovely. Nice change from humid Miami!

Day one started at Roaring Fork Motor Nature Trail. My drive started out as fall, but as I climbed in altitude, it turned into a little bit of a winter wonderland. 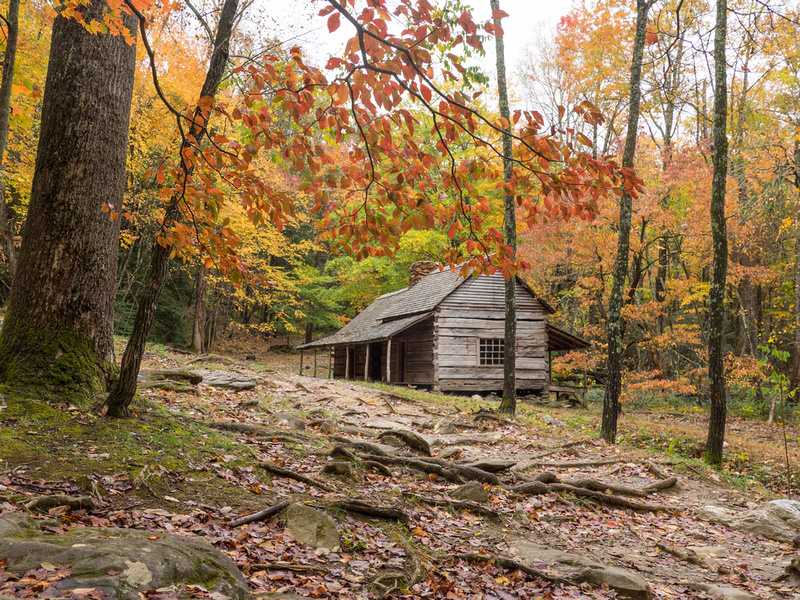 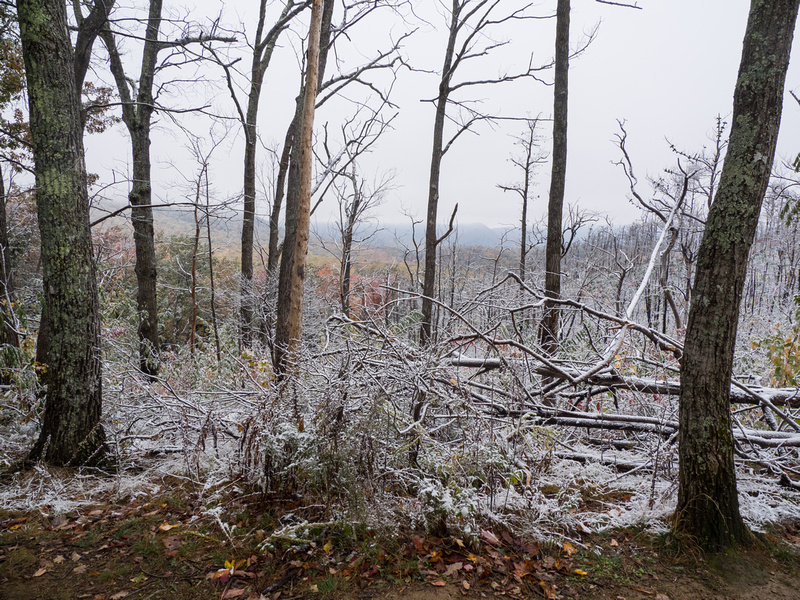 I then drove to Emerts Cove covered bridge, but it was not as pretty as prior years. The water was very high compared to years past as well. That's probably a good thing, as the last time I was in Tennessee was in 2016. That was the year that it was way too dry and fires took out large swaths of Gatlinburg. 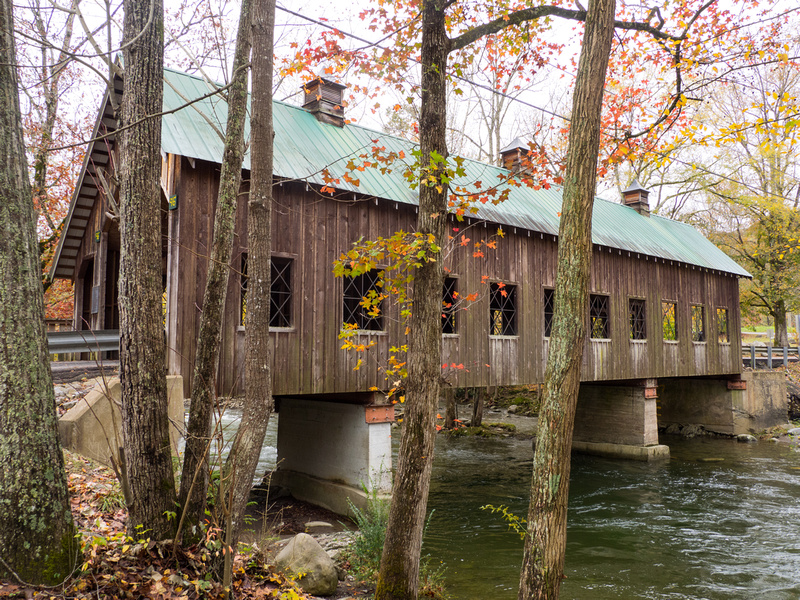 Continuing day one with a stop along Greenbrier Road, Sevierville, where I visited Dolly Parton's statue and then a drive along the Foothills Parkway. 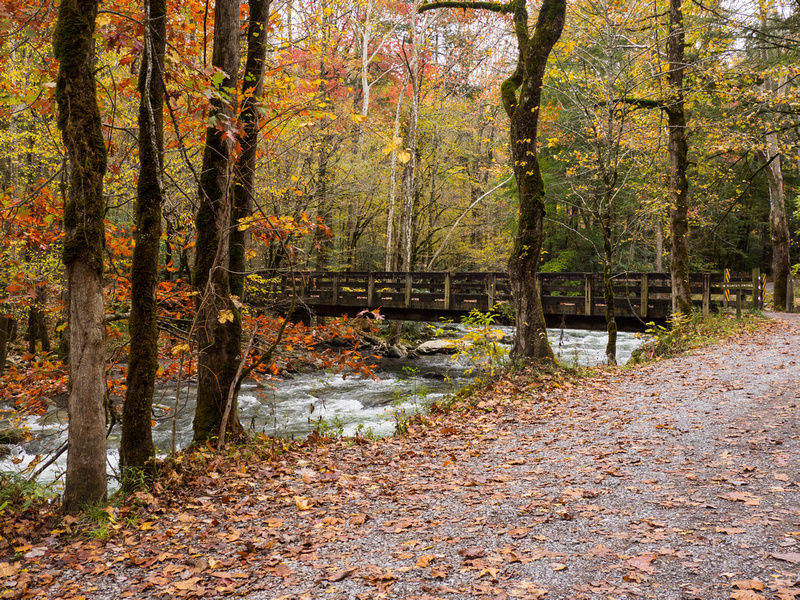 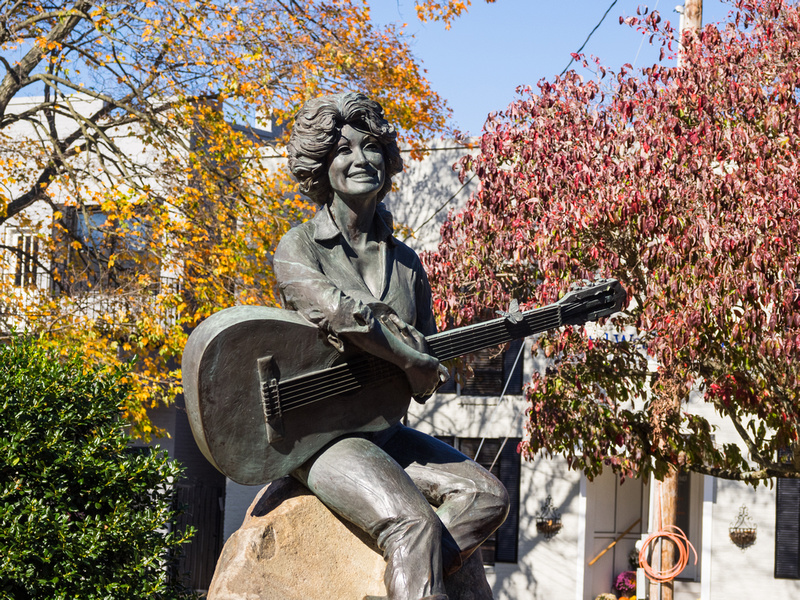 My second day took me up Newfound Gap Road to a sunrise spot that I always go to. Surprisingly there were only a few photographers there that morning. 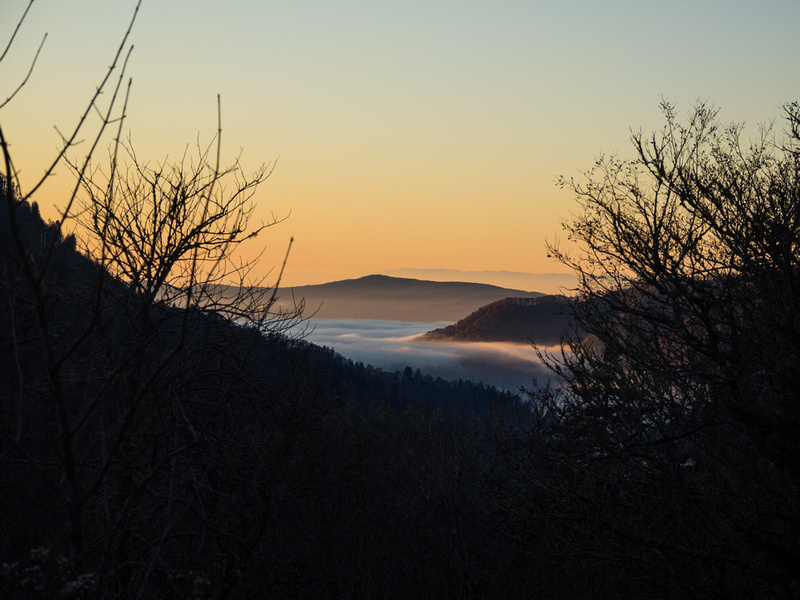 The best part of my day, however, was my hike at Deep Creek in Bryson City, North Carolina. Oh the fall colors there were glorious! I was one of only a few people around and enjoyed a very peaceful hike. 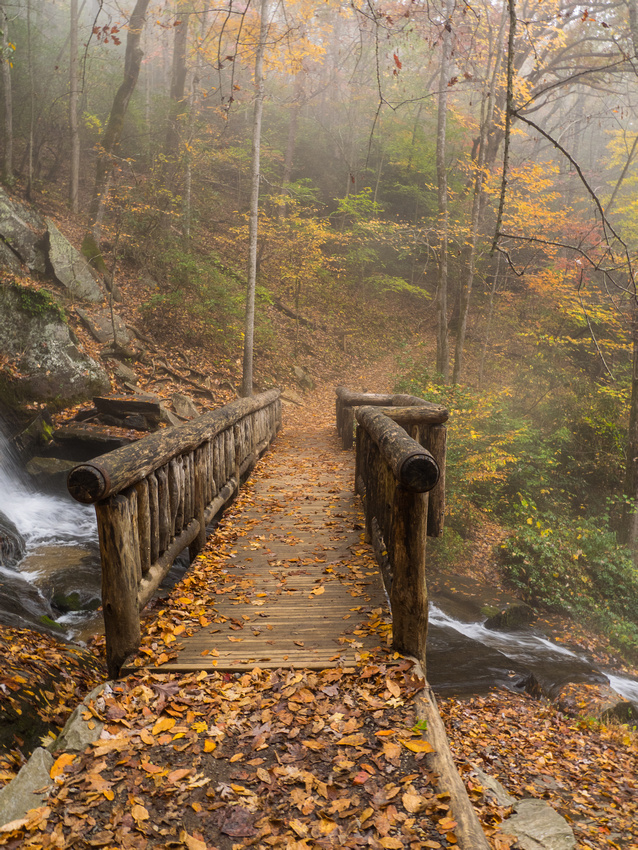 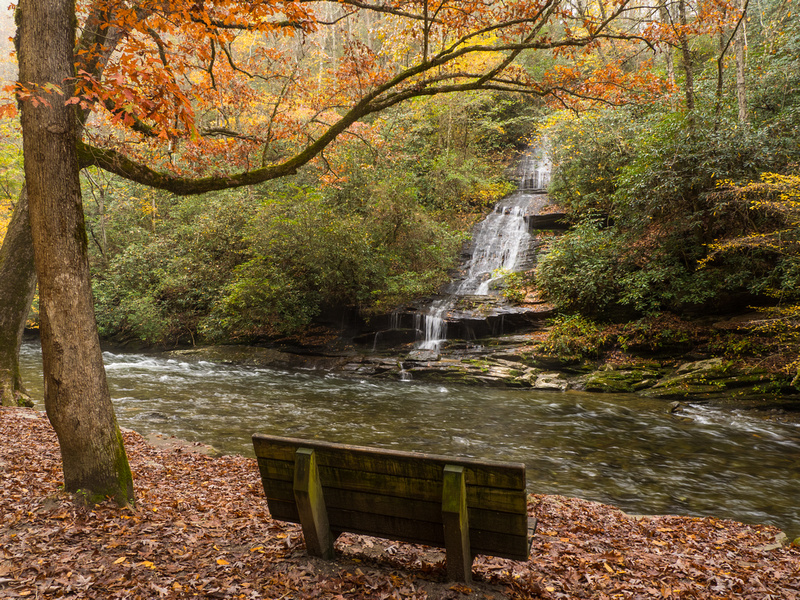 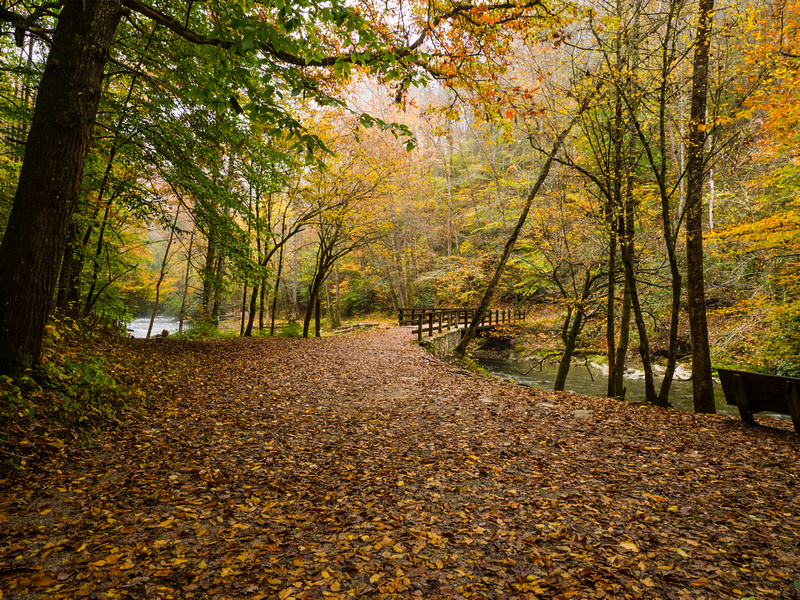 I continued day 2 into North Carolina and visited waterfalls at Dry Falls and Looking Glass Falls. I was very disappointed in the colors and the amount of people. It was a far drive to not really come away with any good images. My only observation again is that the waterfalls were roaring. So different from the trickle of 2016. I have a few pictures in a gallery, but nothing worthy enough to share here.

On my third and final full day, I had planned to visit the place that I love the most...Cades Cove! However, I found out that morning it was closed until 11 am due to a running event. I made a change of plans and instead and did a 1.5 mile hike starting at the Metcalf Bottoms picnic area to a one room school known as the Little Greenbrier School. It was built in 1882 and last used in 1936. I was mostly alone on this hike, which was a little scary, but peaceful. 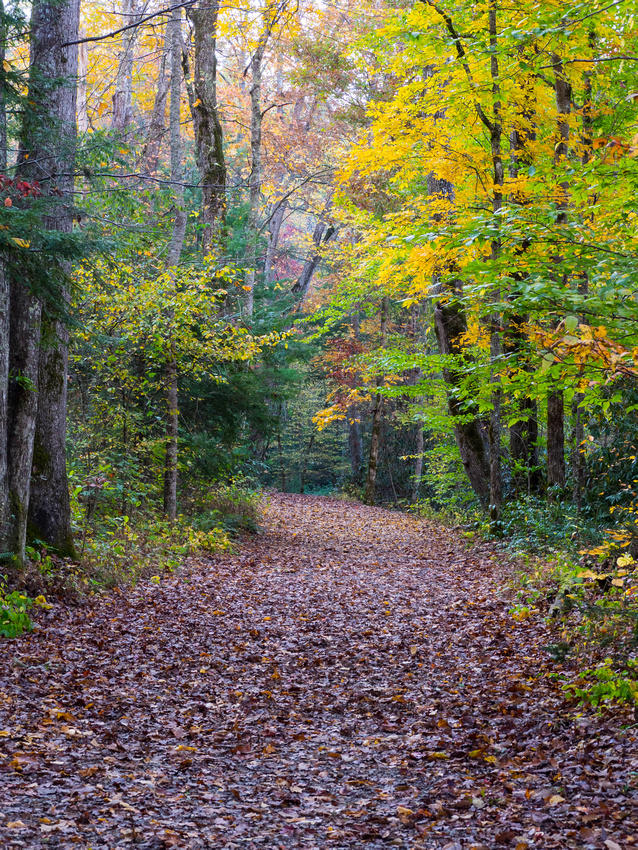 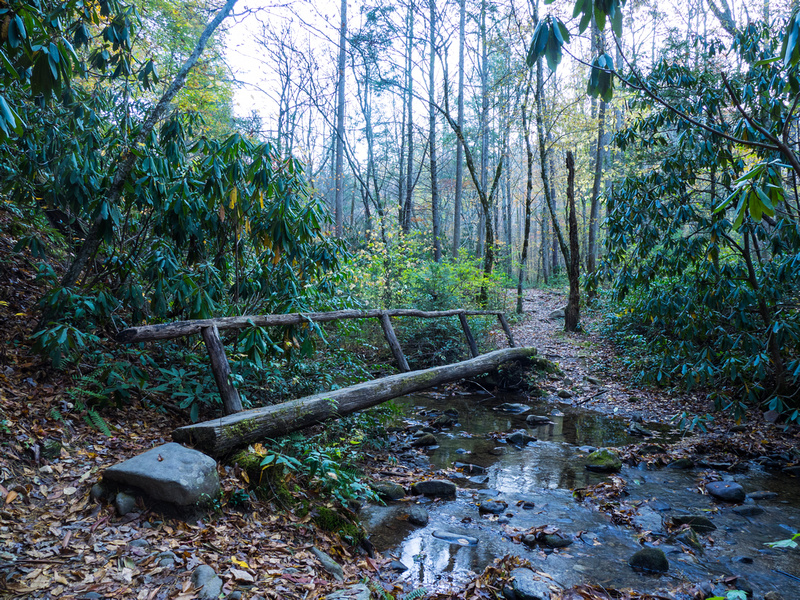 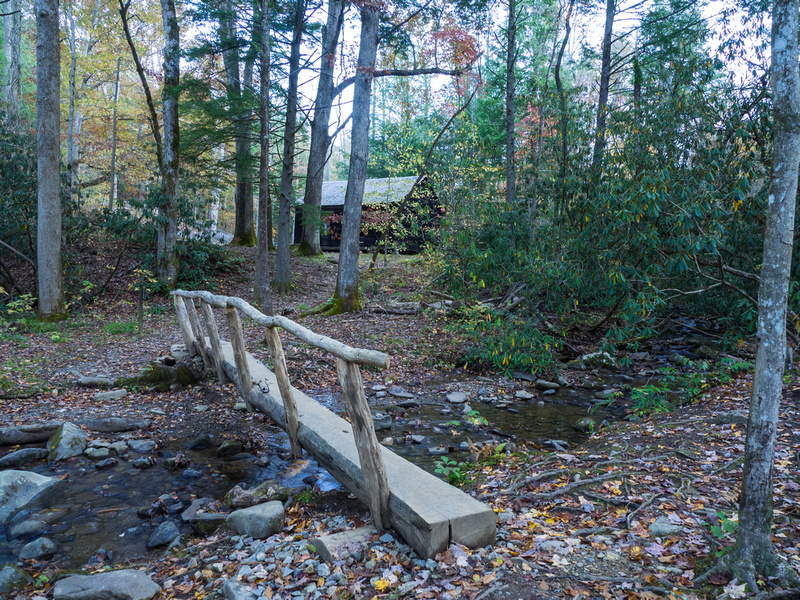 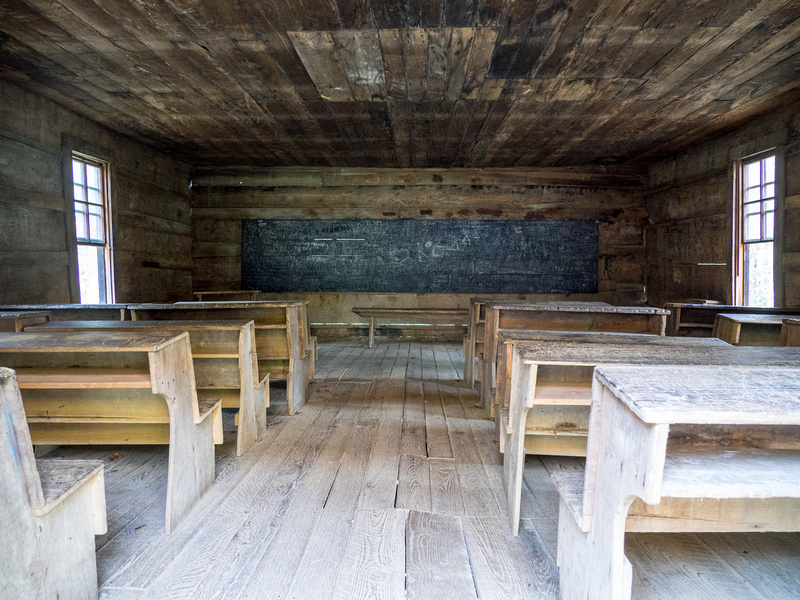 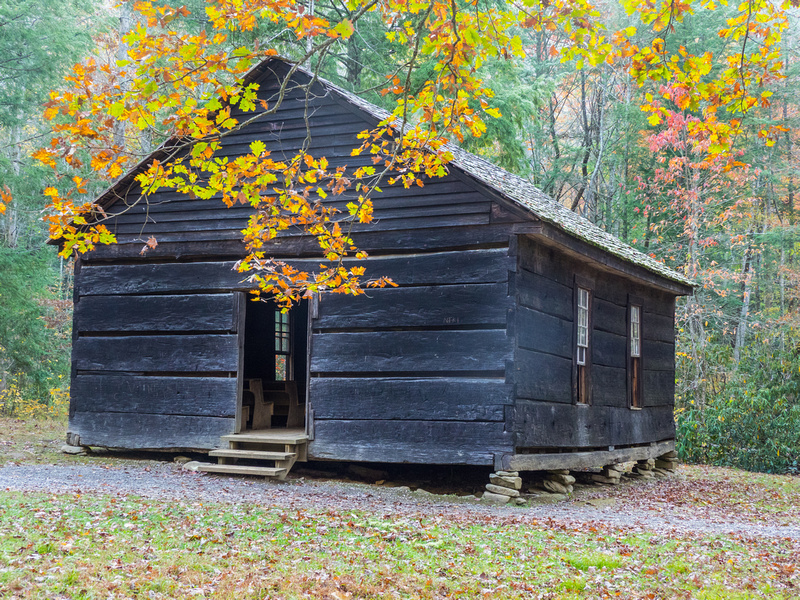 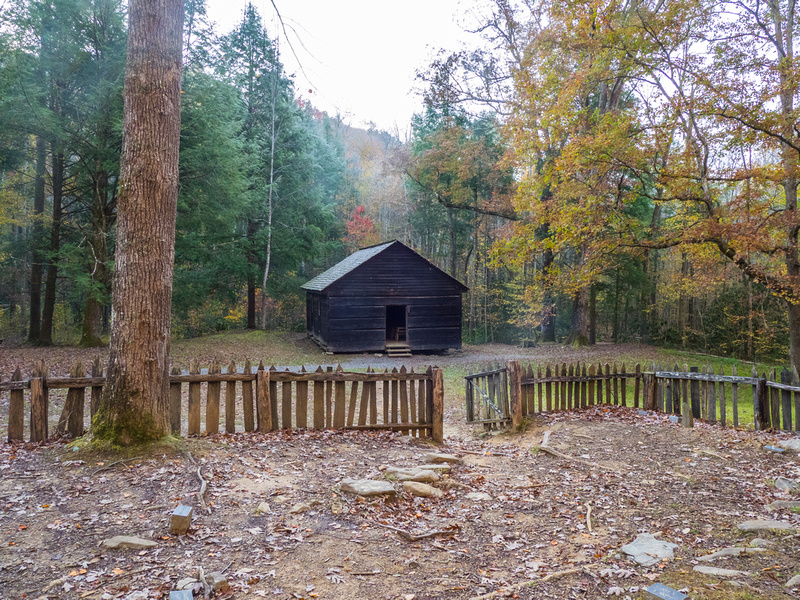 Before leaving the park, I enjoyed a little drive along Little River Road. I stopped at the tunnel and also along a river near Tremont. 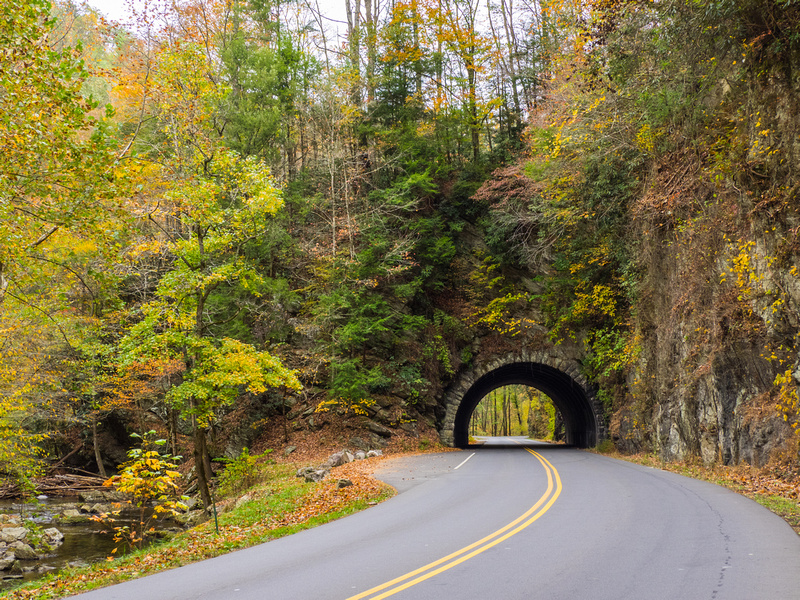 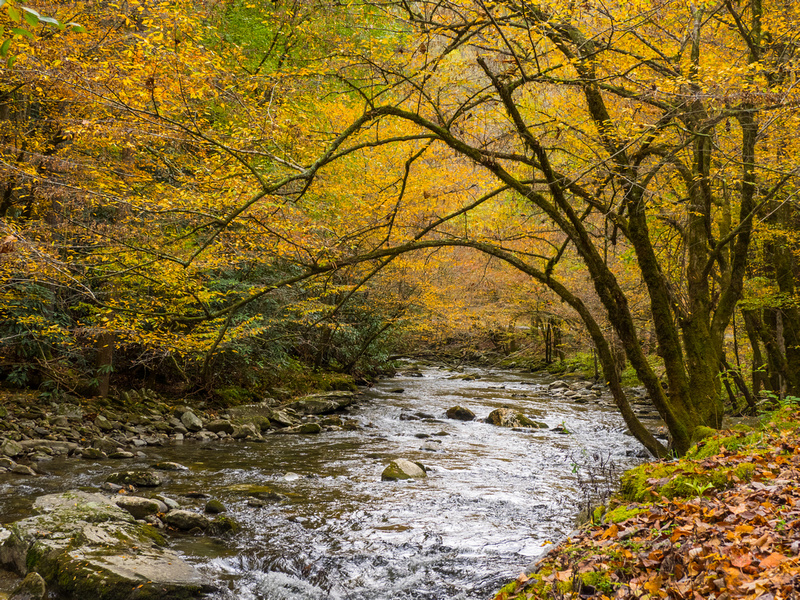 I finally left the park and decided to head to Fontana Dam. I've always wanted to see it, but the drive was the scariest drive I've ever done. Little did I know that to get there from my location, I would be driving on the Tail of the Dragon! It is a known racing road and has 318 curves in only 11 miles! I almost got car sick and wouldn't you know? A race was going on that day! There's really nowhere to pull over, so it was not a good experience. I was so relieved when I was off of that road and back on a normal highway. All in all, the drive was worth it. Fontana Dam was a cool stop. 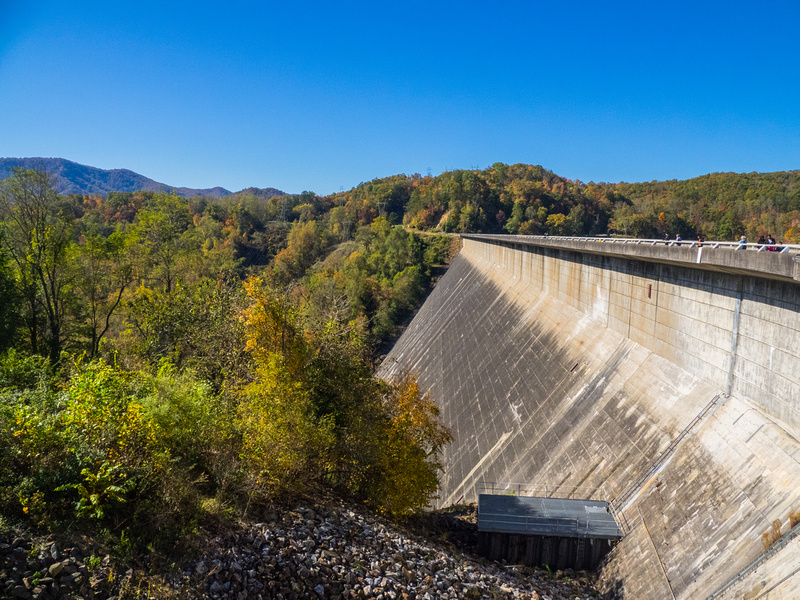 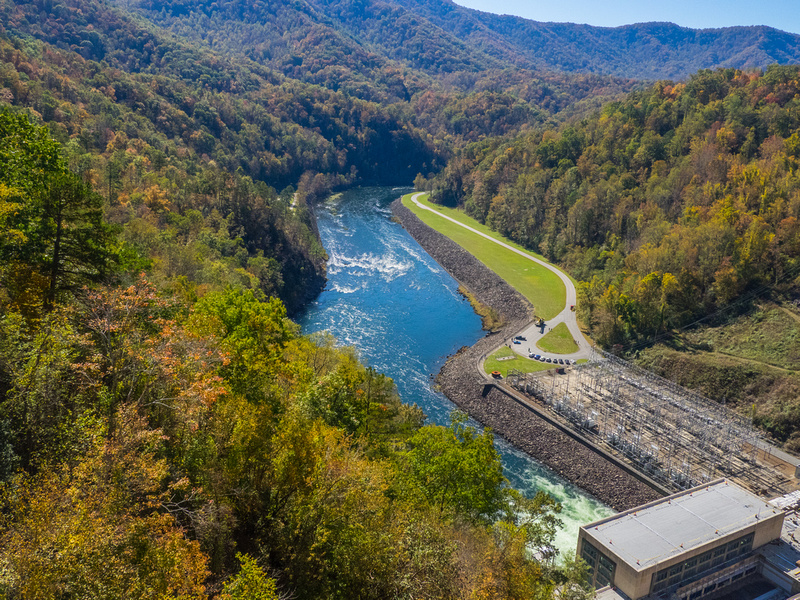 In between the above activities, I had also made stops at Mingus Mill and the Oconaluftee Vistor Center down near Cherokee, NC. There were plenty of elk this year. The first morning at the visitor center was before sunrise and it was extremely foggy. You will see that the second stop there was later in the afternoon and gorgeous lighting! 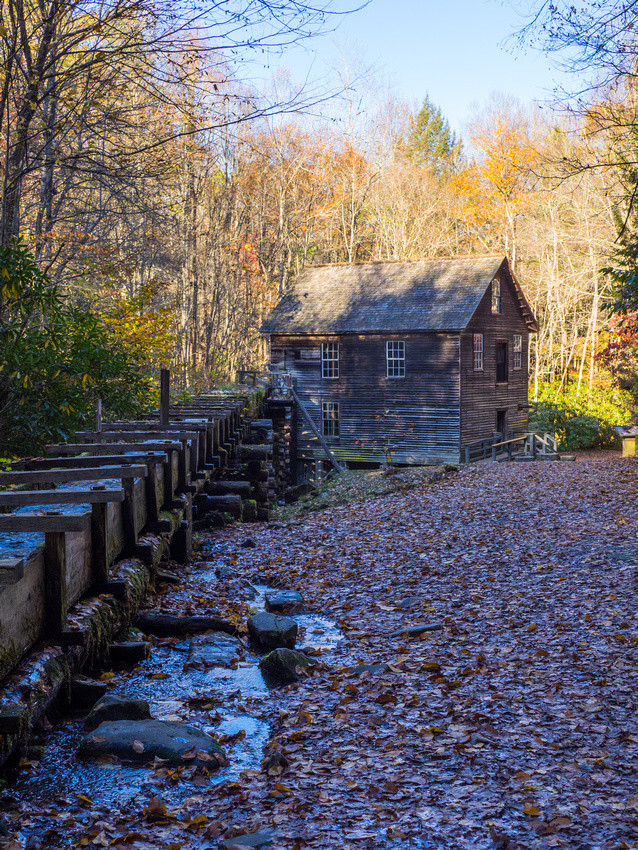 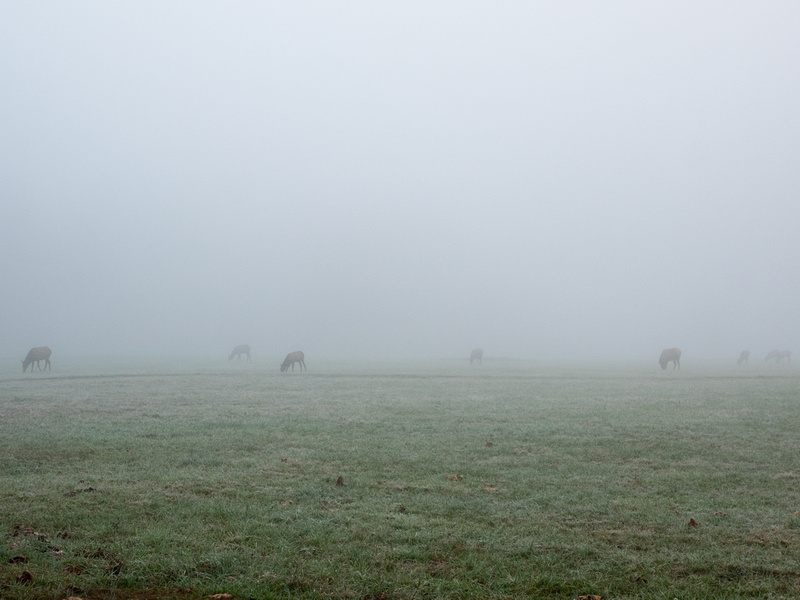 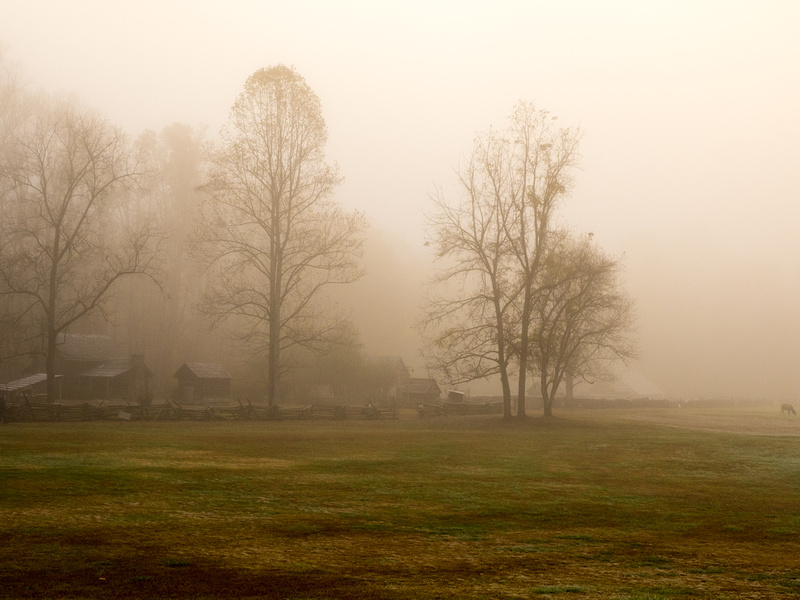 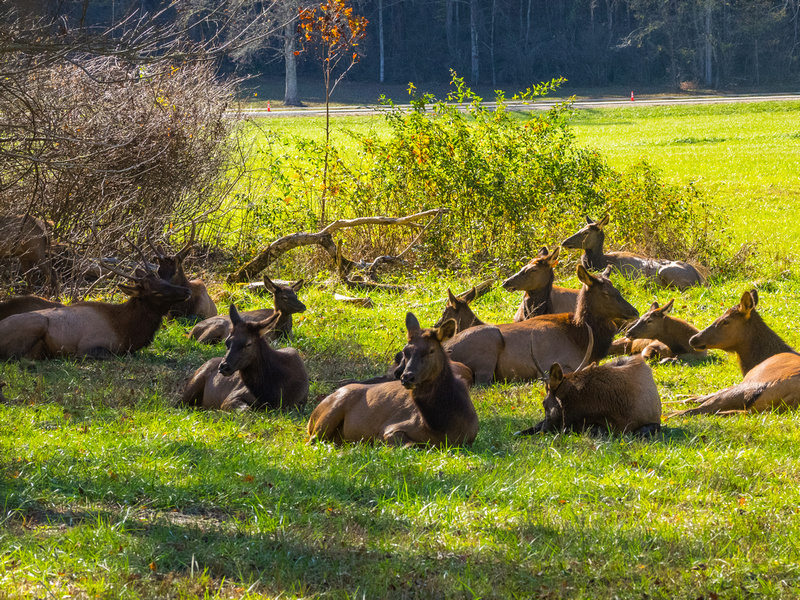 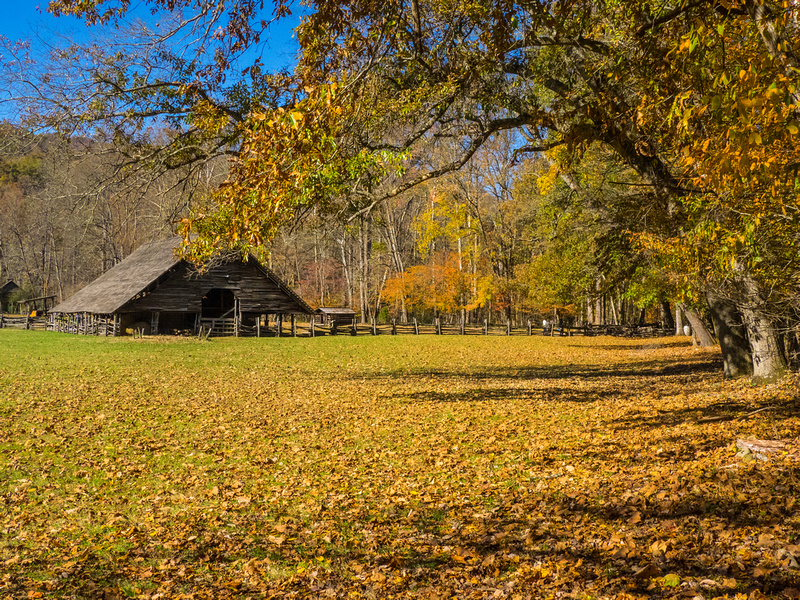 So I wasn't due to fly home until late Monday afternoon and decided to not miss my trip to Cades Cove. I found myself mostly alone. It was nice not to have too many people on the loop road. 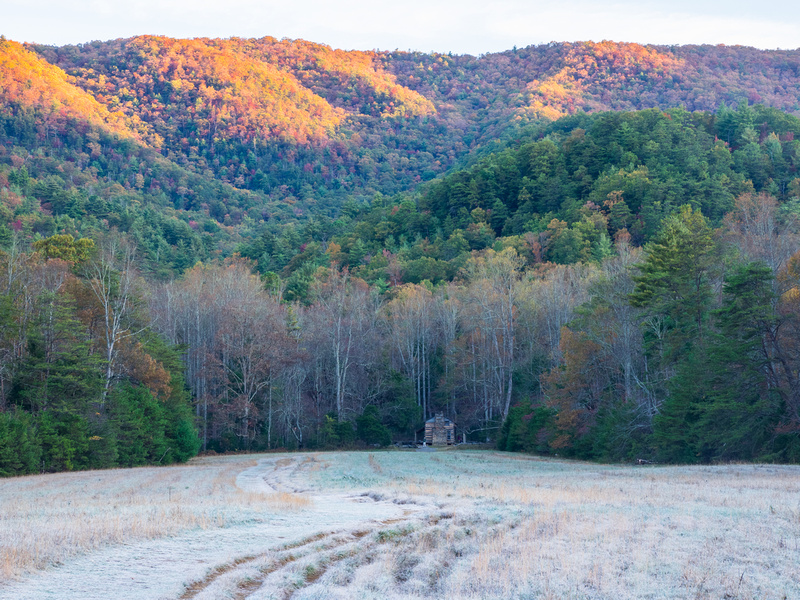 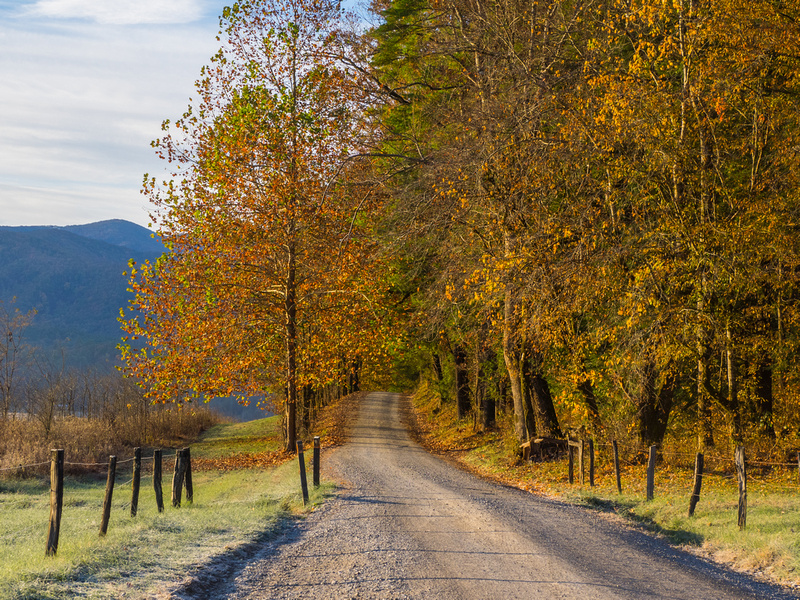 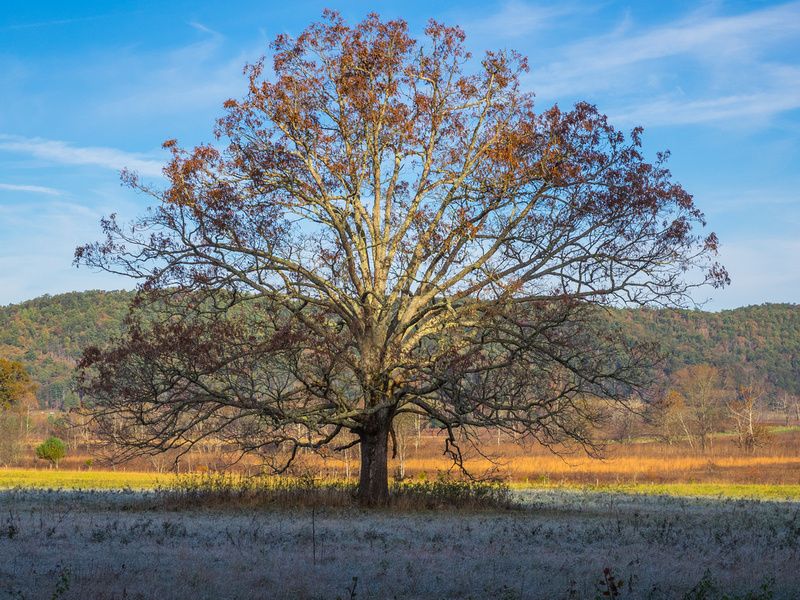 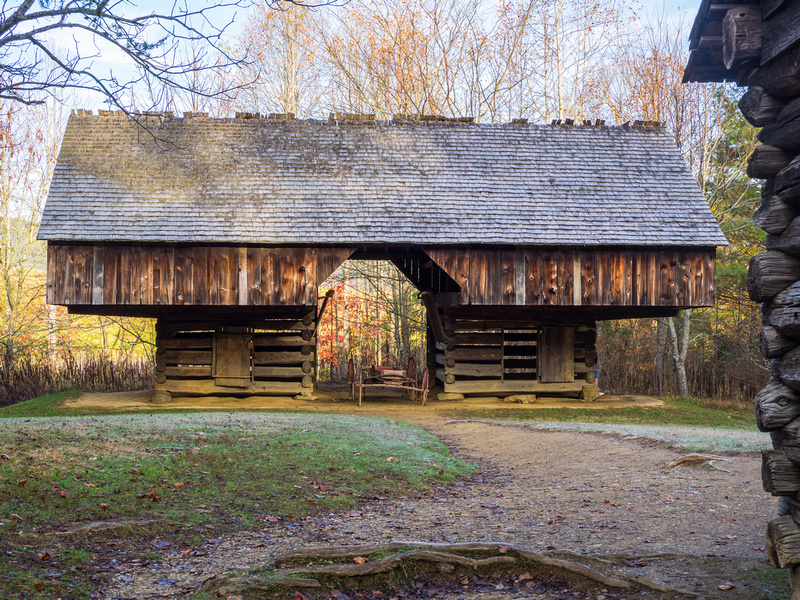 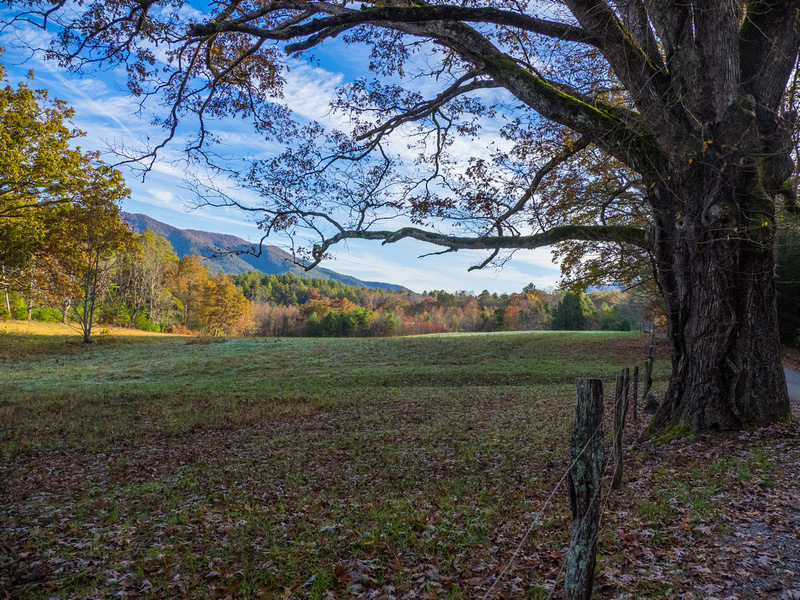 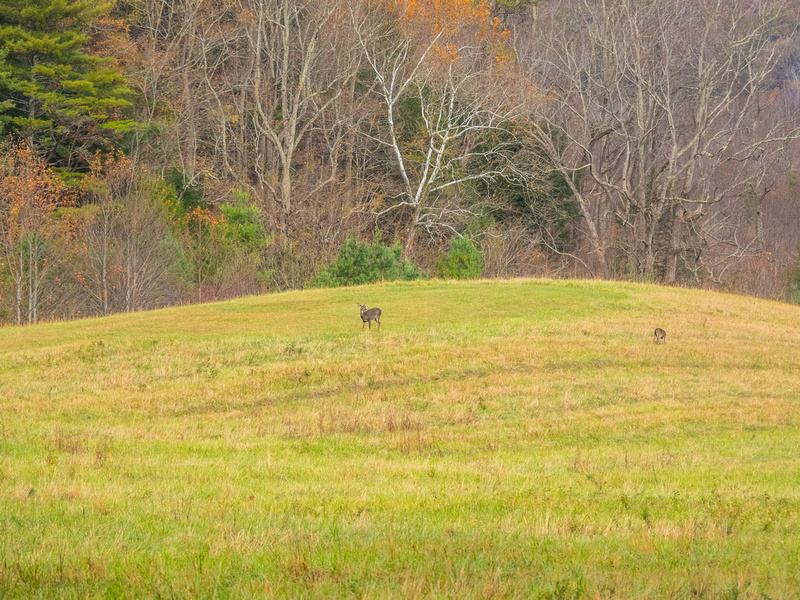 Thanks for reading all the way to the end of a long blog post. I hope that you have enjoyed some of my favorite images from my trip and of course, the stories.

All of the photos from my trip are in galleries that you can see here: https://www.thisclicksphotography.com/f490615465