I'm skipping ahead for this next post, only because I just received this picture and it has a special story. On our 2nd day in NYC, we took a 6 hour tour with New York Tour1. Our tour guide Jen took this picture of our group (albeit a little blurry) at our last stop at the 9/11 Memorial.

The Callery pear tree was planted on the original World Trade Center plaza in the 1970's. About a month into the recovery efforts after September 11, 2001, the "Survivor Tree" was found sticking out of the rubble. It was severely damaged, with snapped roots and burned and broken branches. It was dug out as a stump with one green leaf. The New York City Parks Department took the tree to Van Cortlandt Park in the Bronx, where it was nursed back to health. It was taken back to the 9/11 Memorial and replanted in 2010 and is the only tree there today that is not an oak. The tree now thrives amongst a solemn place that is filled with both memories and life. It now stands as a reminder of resilience, rebirth and survival.

I found a great little video about the tree: The Survivor Tree 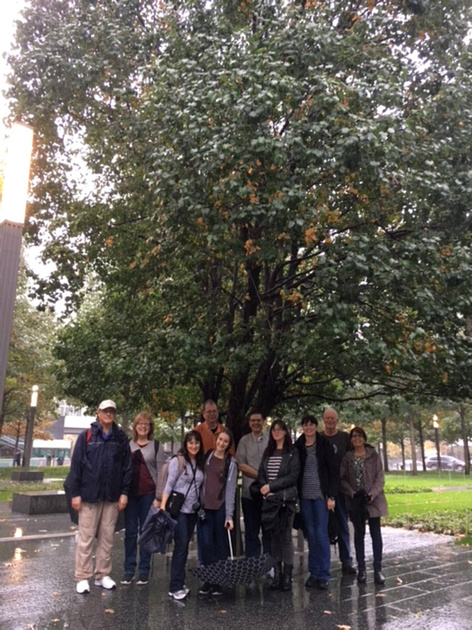 Tour Group at the Survivor Tree

I also took a picture of the Survivor Tree. While she was telling the story and with an umbrella in my other hand, I somehow managed to get this one shot. 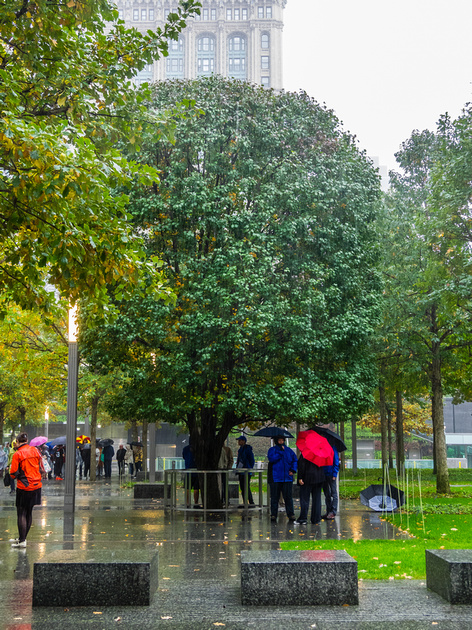