Well, we've come to the last day of my fall vacation and the final blog post for the trip!

With limited time in the city, what better way to see all of the big landmarks then to do a walking day tour? With a little bit of research on Trip Advisor, I found one of the top rated tour companies in the city. What I liked best about the New York Tour1 tour, is that you walk you through most of the city and also take the subway and ferry. You really see it like a local. Below is a list of the things we saw. We did get a few extras along the way, so we got more than was listed. My daughter and I learned some history along the way and the personal stories from our tour guide just added to the day. One of the additional things we didn't get to do was to add on the One World Observatory, as we had to get back up town for dinner and a Broadway show that night. 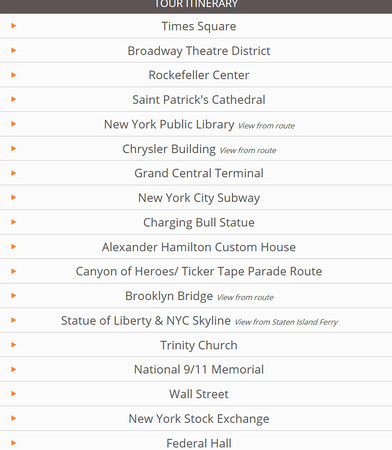 The tour starts out in Times Square at the George M. Cohan statue. The unfortunate part of the day was the weather. NYC was getting a cold front and it brought rain and high winds. We got through most of the morning without any rain, but the afternoon turned ugly and we had wind gust warnings of up to 50 mph. I took so many pictures that day, so I'll only post some of the iconic ones here. You should definitely take the time to visit the gallery to see the rest. Link will be at the bottom of this post. Most of the buildings and churches are so historic and the interiors are magnificent. St. Patrick's Cathedral, for instance was so beautiful and ornate. 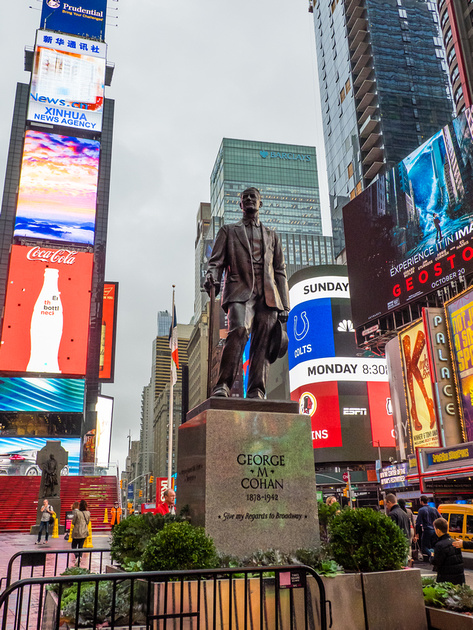 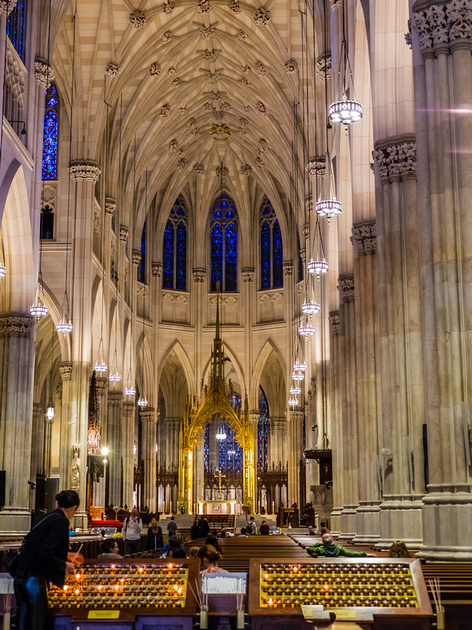 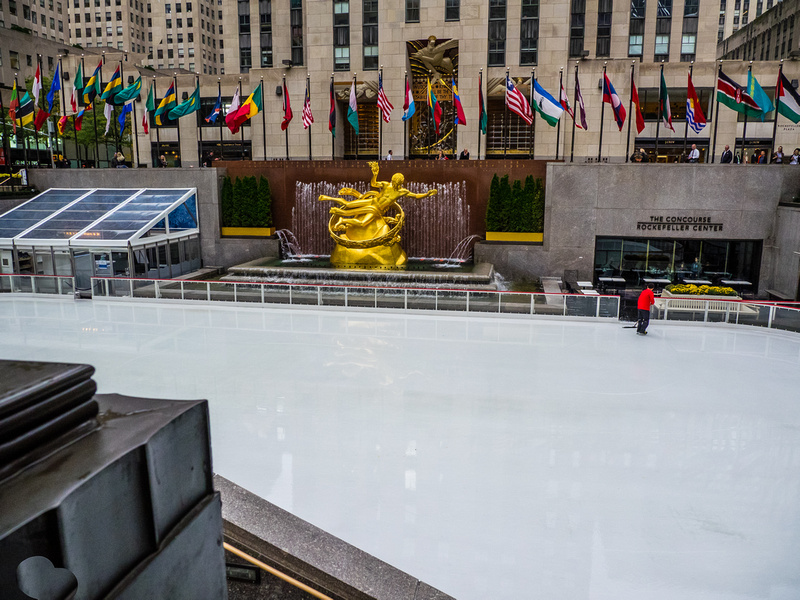 View of the Empire State Building 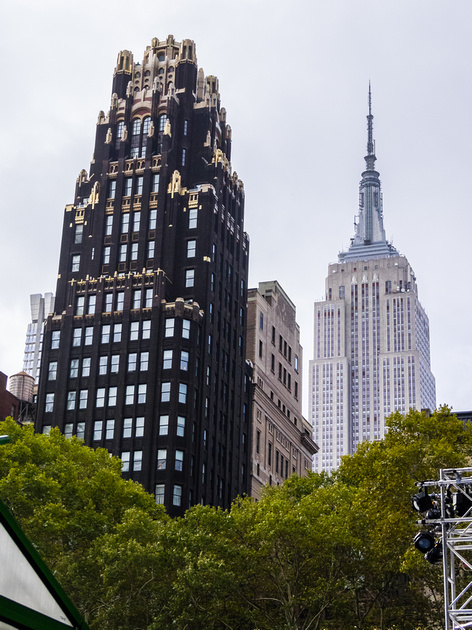 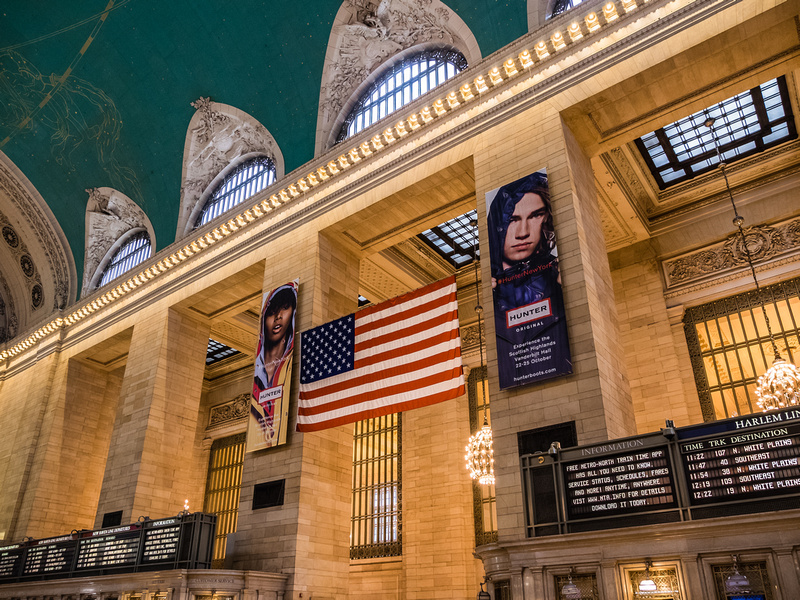 The Grand Central Terminal Clock (below), was created by the famous Connecticut clock crafting company known as Seth Thomas, and is valued between 10 and 20 million dollars. Because of the enormous open space in the main concourse, this clock seems to appear much smaller than it really is. The clock structure has four convex faces and each face is made purely of the highest quality precious opal. Behind the faces are lights which give the clock a warm glow and illuminate each of the faces. Brass was used to construct the solid pillar like tower and the rounded head of the clock.

Sitting atop the clock’s head is a small point which is actually a compass. Fitted to exact precision, the compass above the clock correlates with the true north direction with 100% accuracy. 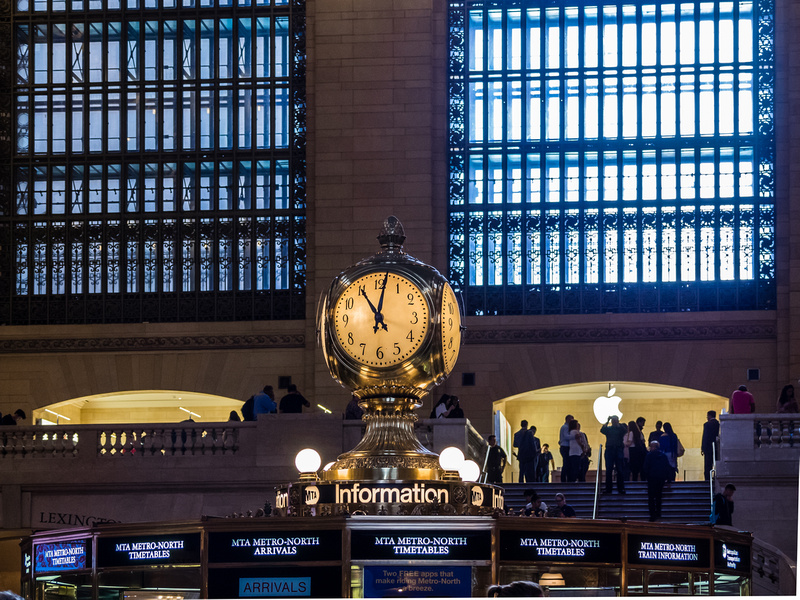 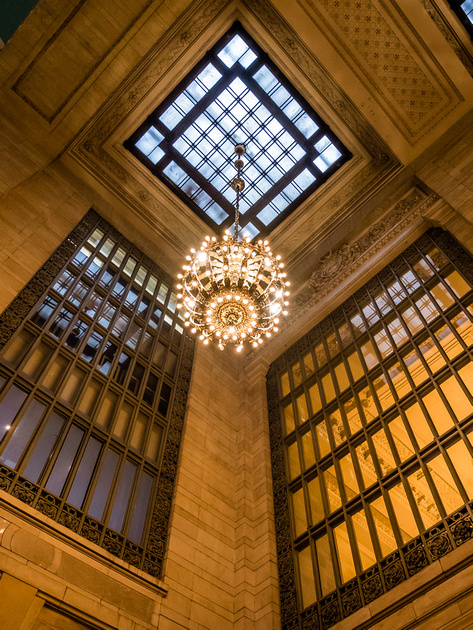 Fraunces Tavern (below) is a landmark museum and restaurant in New York City, situated at 54 Pearl Street at the corner of Broad Street. The location played a prominent role in history before, during and after the American Revolution, serving as a headquarters for George Washington, a venue for peace negotiations with the British, and housing federal offices in the Early Republic. It has been owned since 1904 by Sons of the Revolution in the State of New York Inc., which carried out a major conjectural reconstruction, and claim it is Manhattan's oldest surviving building. 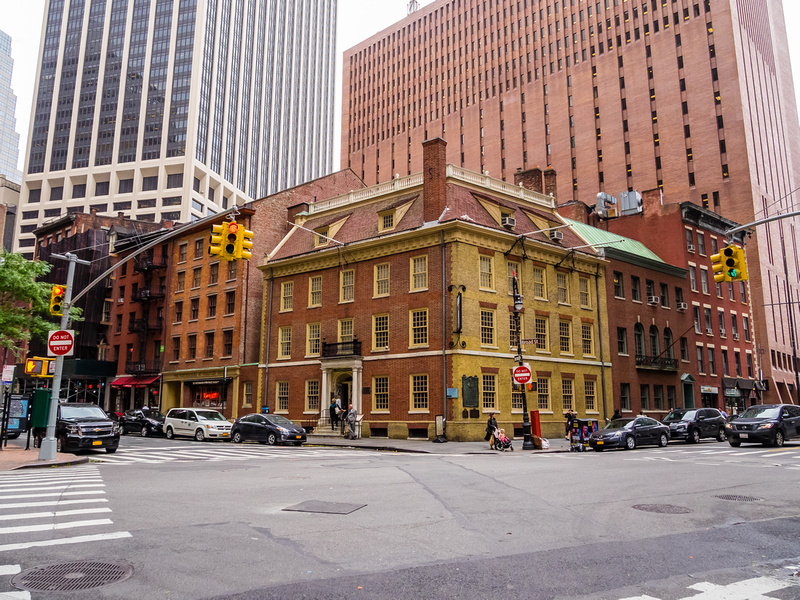 We stopped for lunch on historic Stone Street (below), one of New York's oldest streets. We had pizza at a place called Justino's. Stone Street was originally known by its Dutch name, Hoogh Straet (High Street). In 1632, the Dutch West India Company built the first commercial brewery in North America. The historic district is now populated by several restaurants and bars and has outdoor dining. 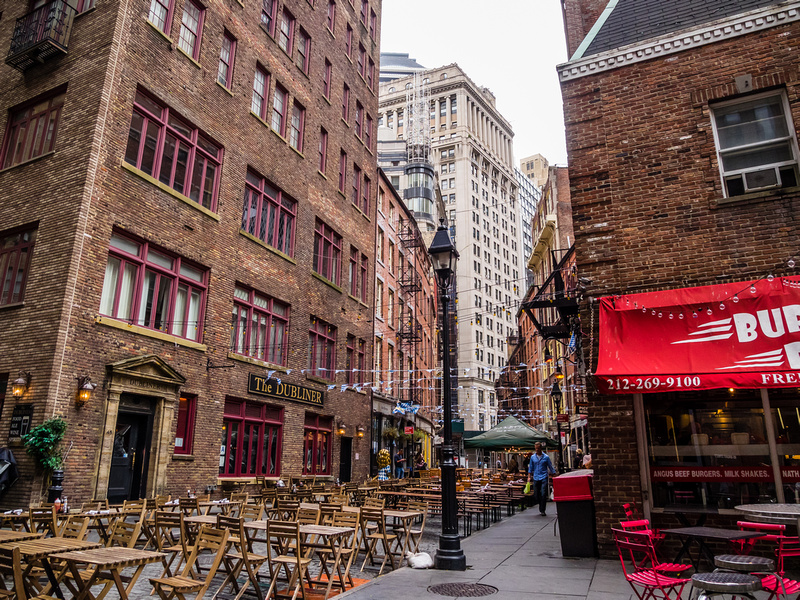 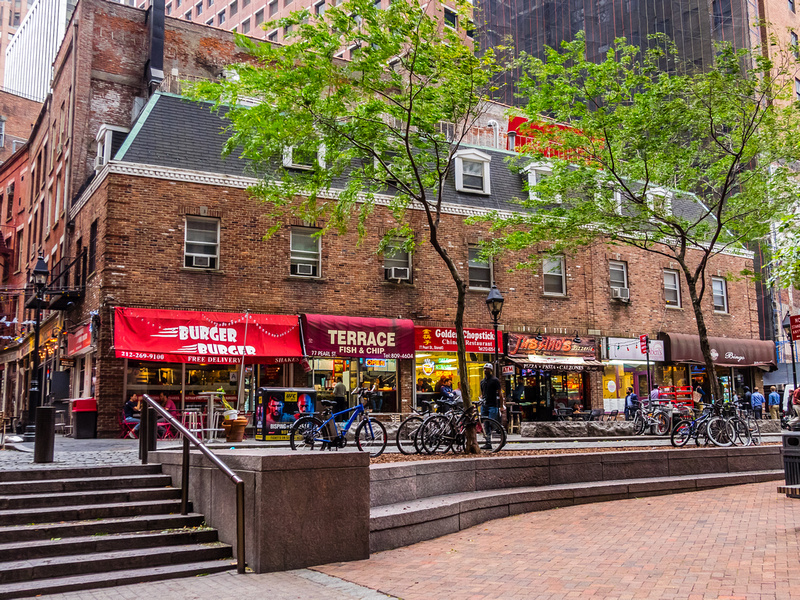 Although we were a little worried about going on the ferry during a rain and high wind event, it turned out to be completely fine. The water was very choppy, but you don't feel it as much on the ferry as you would think you would. You can see our tour guide in the picture below with the orange flag. That's how we didn't lose her on the tour all day. She's easy to spot. 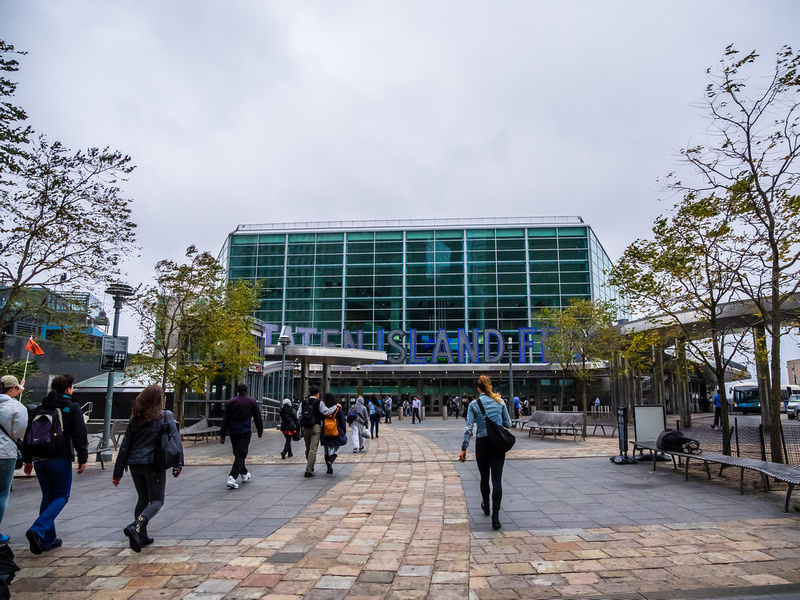 Bad weather gave us bad views. Both the cityscape and Statue of Liberty were clouded in rain. 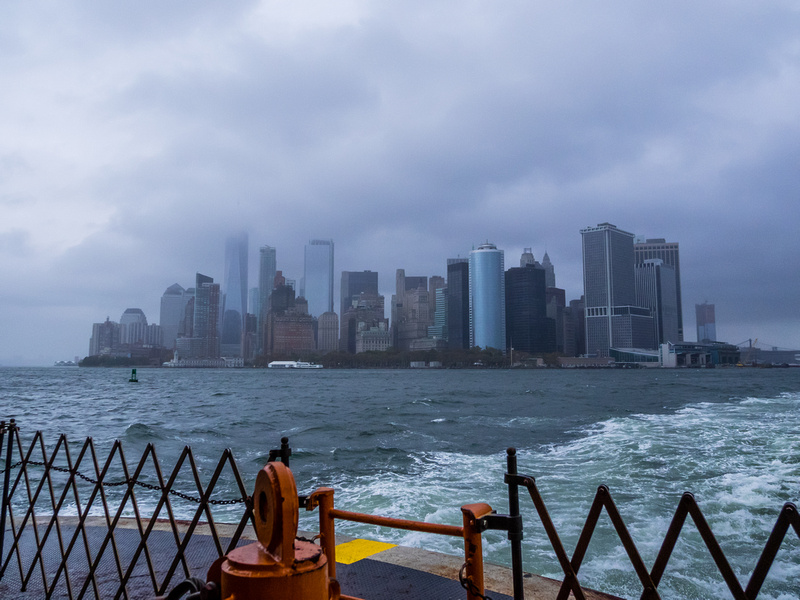 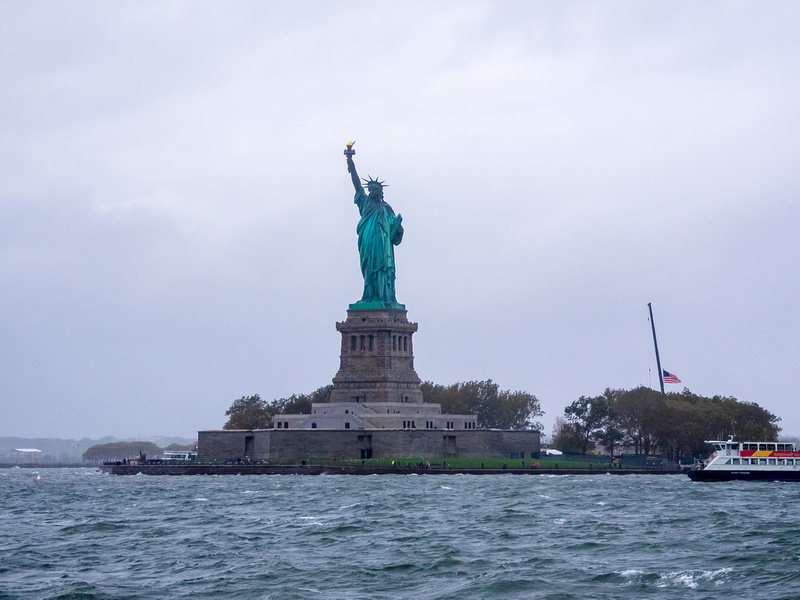 Bad weather kept people away from the Charging Bull Statue in the Financial District. I think it's pretty rare to get a picture of it without a huge crowd in the picture. 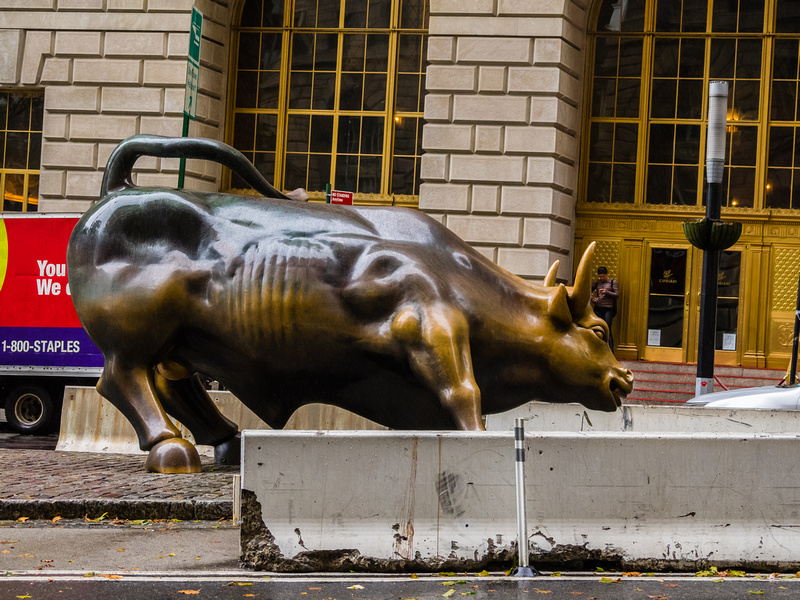 Next up was Trinity Church (below). Trinity Church on Wall Street and Broadway is an active Episcopal Parish that has been a part of New York City’s history for more than 300 years. This is where Alexander Hamilton and Robert Fulton are buried. 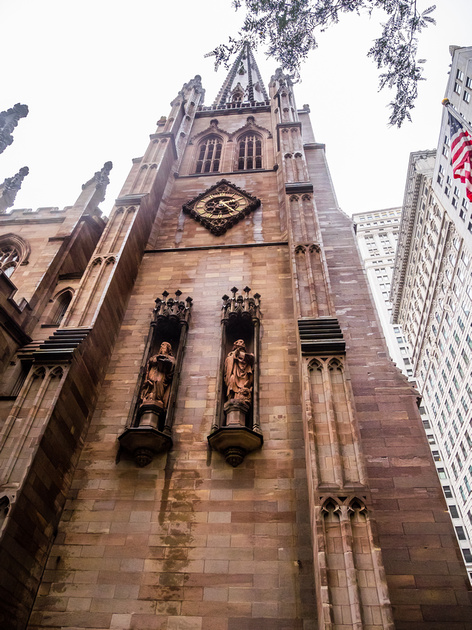 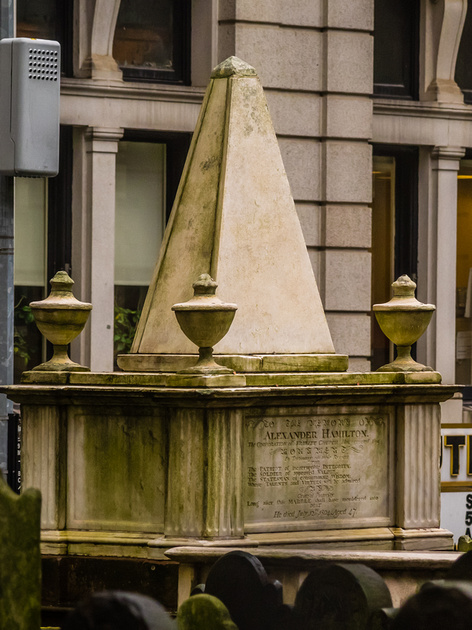 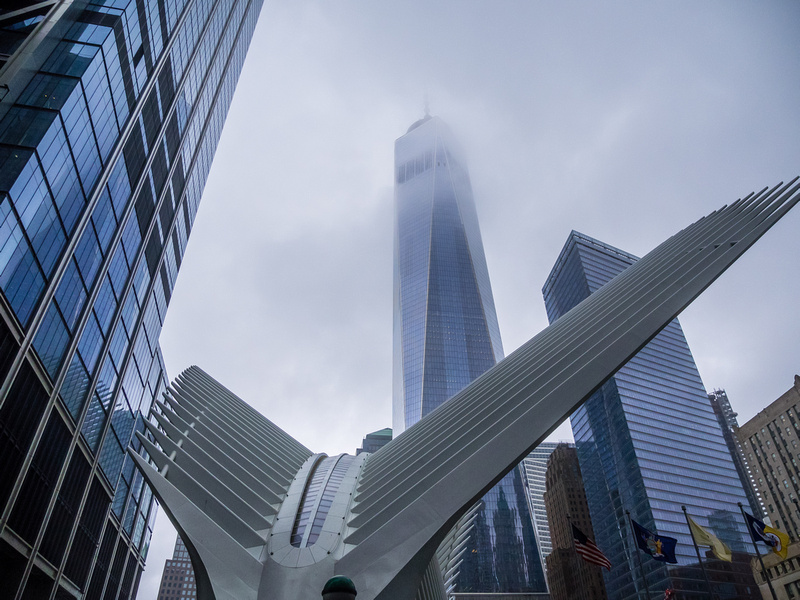 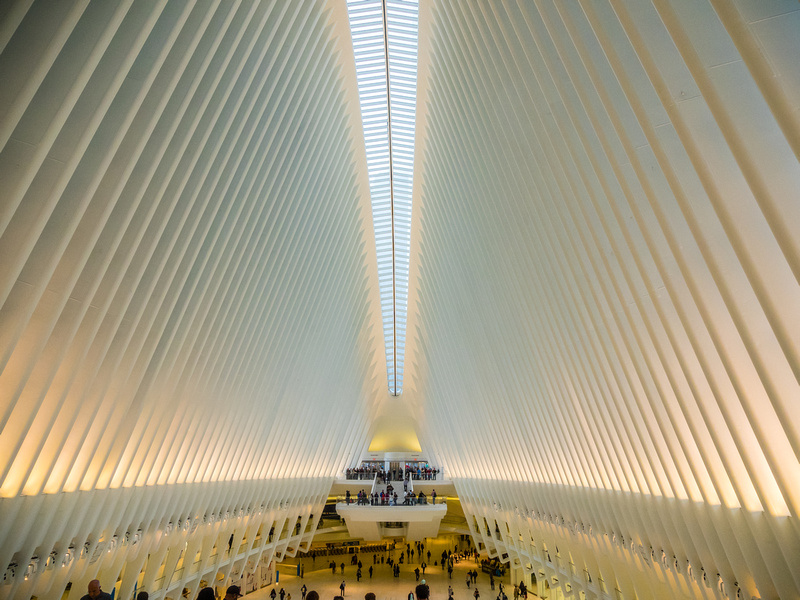 We didn't get enough time to spend at the 9/11 Memorial. It was raining and we had to get back uptown for a 5:30 dinner reservation and a 7 pm Broadway show. I did take just a couple of photos at the reflecting pools. Only one pool was turned on, as the other was shut off due to the high winds. We learned that a white rose resting on a person's name means that it is their birthday.

This is barely a glimpse of all that we did on the tour. You can find the photo gallery at this link. NYC 6 Hour Tour Gallery 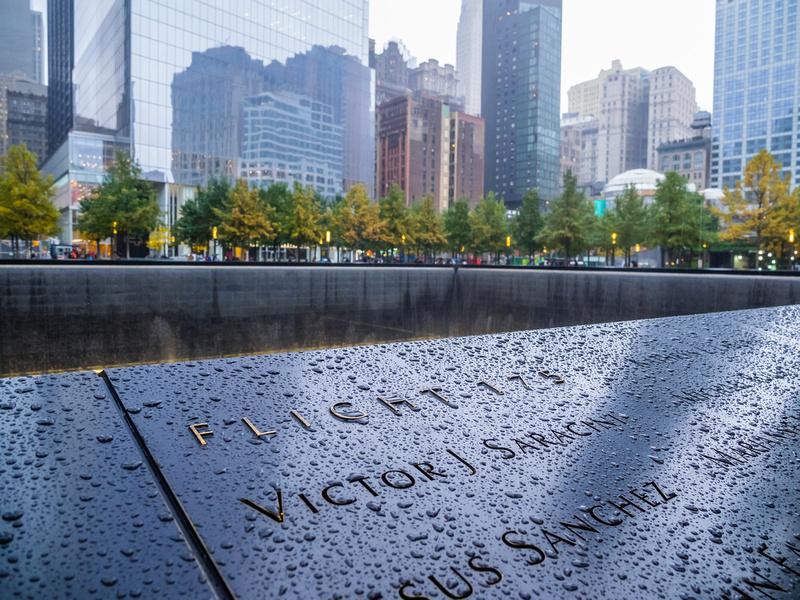 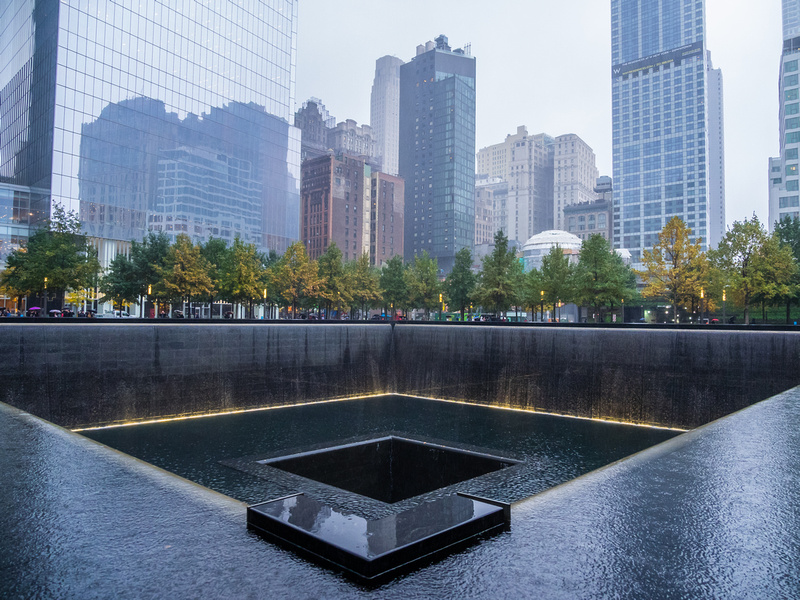 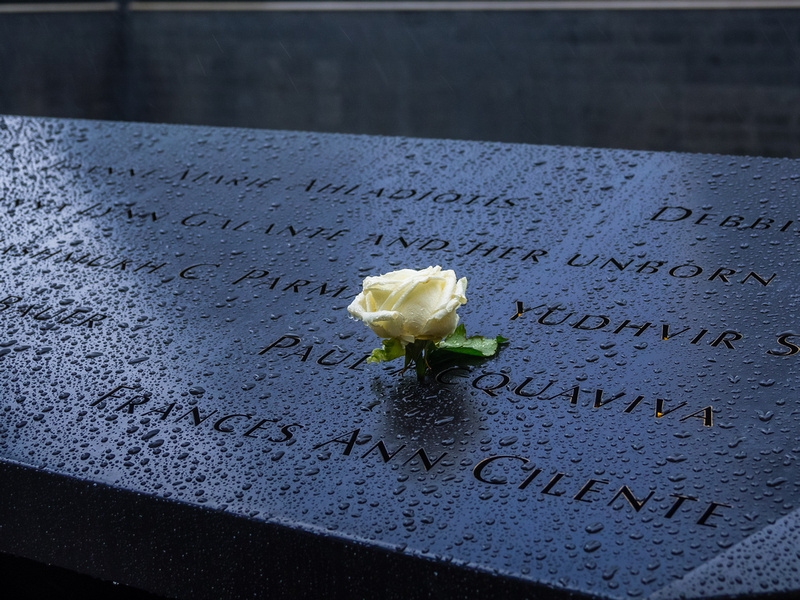 We had no problem catching the subway back to our hotel. We ate dinner at Carmines, a highly overrated and super expensive Italian restaurant in Times Square. After dinner, we walked about 2 blocks to the New Amsterdam Theatre to see Aladdin. Aladdin was amazing and Kaley got to meet characters after the show and came away with a cast signed poster. I didn't bring my camera to the show, so these were taken with my cell phone.

The New Amsterdam Theatre opened in 1903. The theatre's interior was specifically designed for her inaugural production of A Midsummer Night’s Dream. The Ziegfeld Follies opened here in 1913 and the show ran for over 14 years. Over 113 years later, the New Amsterdam is the oldest operating theatre of Broadway and an official New York City landmark. 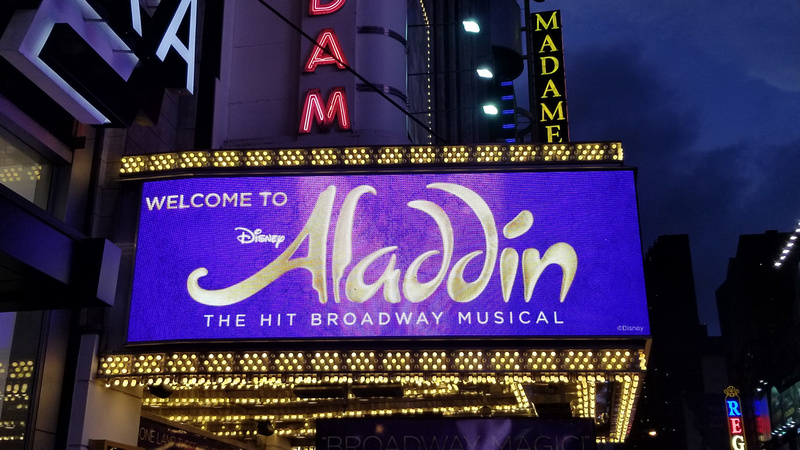 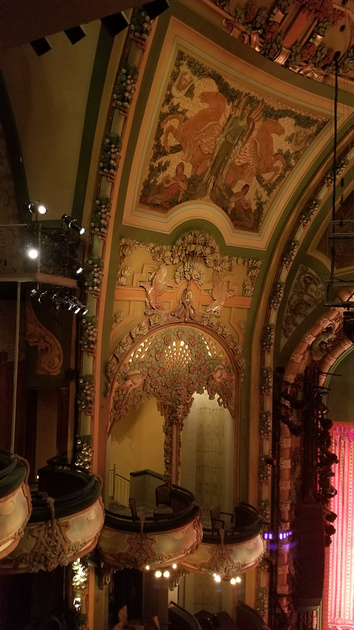 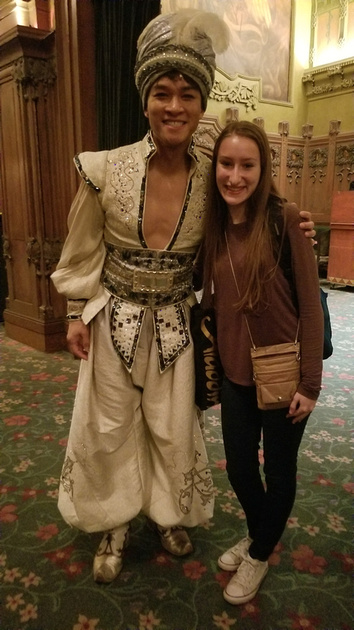 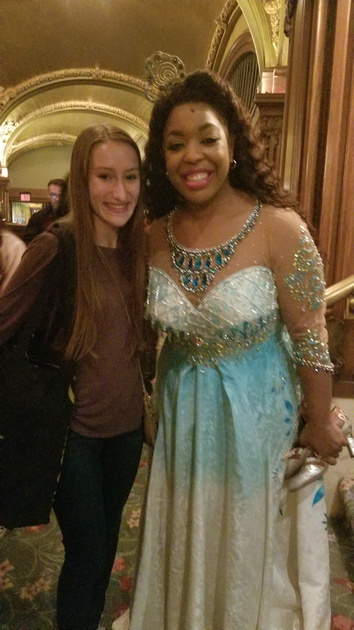 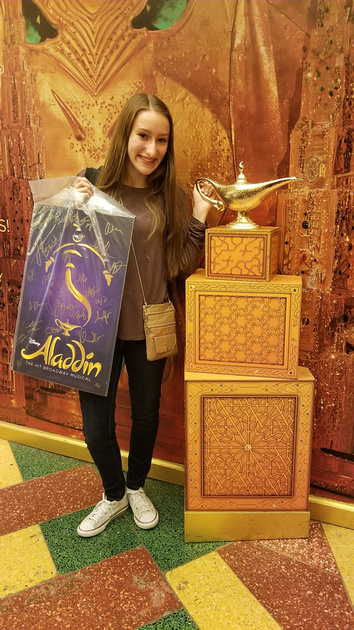 I hope that you have enjoyed all of the posts and seeing my fall trip through my camera lens. I truly had an amazing vacation and really enjoyed the time I spent with my daughter. Thanks for following along.

Brian(non-registered)
Great photos! We will be going to NY in Fall 2019. Our first visit. Planning on going into the crown at the Statue of Liberty. Thanks for the commentary on your trip. It will help us know what to look for!
No comments posted.
Loading...
Recent Posts
Wakodahatchee Wetlands Herons in Love Orlando Wetlands Park Black Friday Birding at Green Cay November Sunrise at Deering Back to Green Cay Wetlands Starry Starry Night in the Everglades The Birds are Back in Town! A Scorching Day in the Garden Super Pink Moon Another New Yard Bird
Keywords
birds kaley backyard 2012 2021 2014 2015 fall vacation 2013
Archive
January February March April May June July August September October November December
© This Clicks Photography
Powered by ZENFOLIO User Agreement
Cancel
Continue