After returning from lunch in Frederick, Maryland, we went to downtown Harrisburg and visited the State Capitol. The Pennsylvania State Capitol Building is a National Historic Landmark and for good reason. When President Theodore Roosevelt attended the dedication of the building on October 4, 1906, he said, "This is the handsomest building I ever saw." Just one more little thing...Harrisburg was the city where my dad was born. 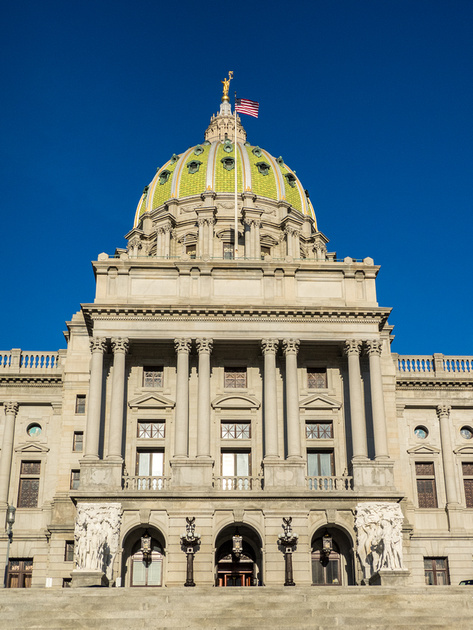 The Capitol was designed in the American Renaissance style by Philadelphia architect Joseph Huston (1866-1940), who envisioned the building as a "Palace of Art." Built and furnished at a cost of $13 million, the Capitol features paintings, stained glass and furnishings by some of the best artisans of the day. The building incorporates various Renaissance designs in some of its largest rooms: Italian in the House Chamber, French in the Senate Chamber, and English in the Governor's Reception Room. It also reflects Greek, Roman and Victorian influences in its art and ornamentation. Throughout the building, Huston blended the various styles with motifs featuring Pennsylvania's achievements in labor, industry and history, making the Capitol uniquely American. Its five-story exterior is faced with handsome Vermont granite, and the roof is composed of green glazed terra cotta tile.

The Capitol's centerpiece is a spectacular 272-foot, 52 million-pound dome inspired by Michelangelo's design for St. Peter's Basilica in Rome. Following its completion, the building was the tallest structure between Philadelphia and Pittsburgh for 80 years.

It is truly a spectacular building and I'm so glad that we made time to see it. I also got to try out my new wide angle fisheye lens inside the rotunda and came away with some cool images. Standing inside the rotunda took my breath away. It was so ornate and detailed that it was hard to take it all in.

The gallery with many more images can be viewed here: PA State Capitol Building Gallery 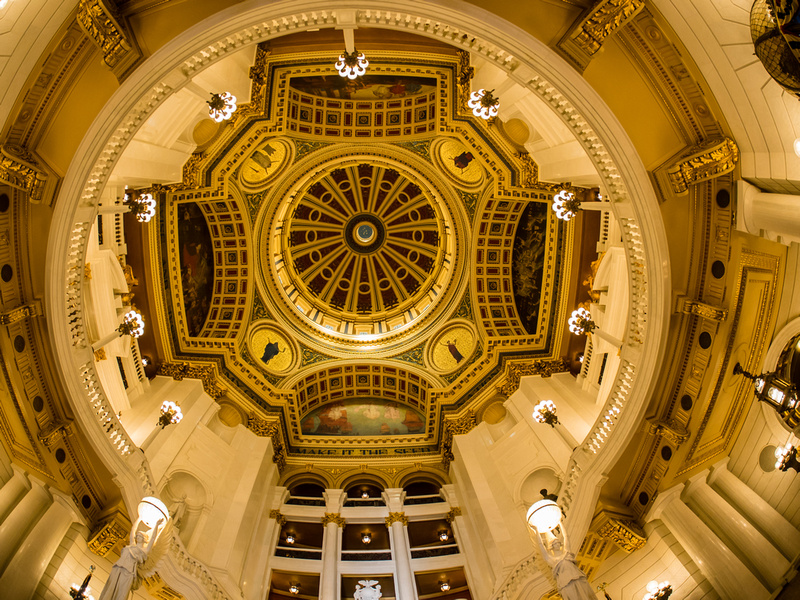 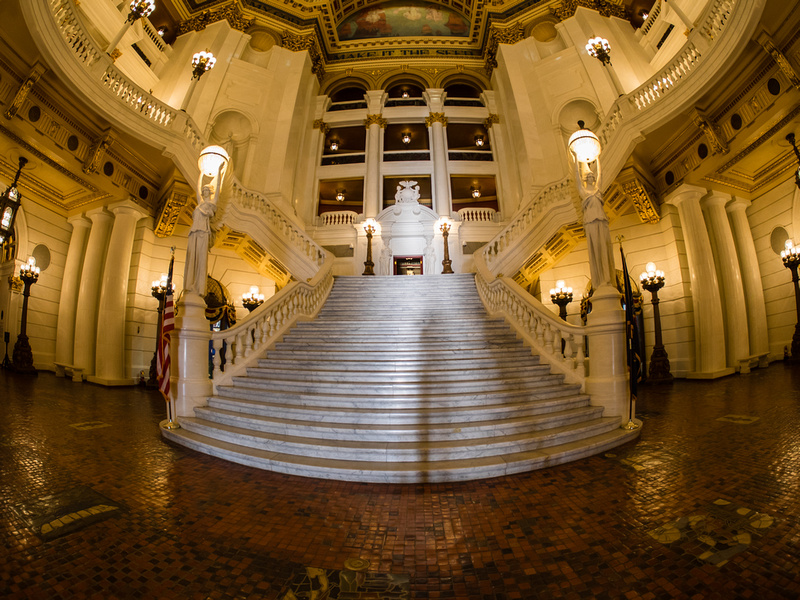 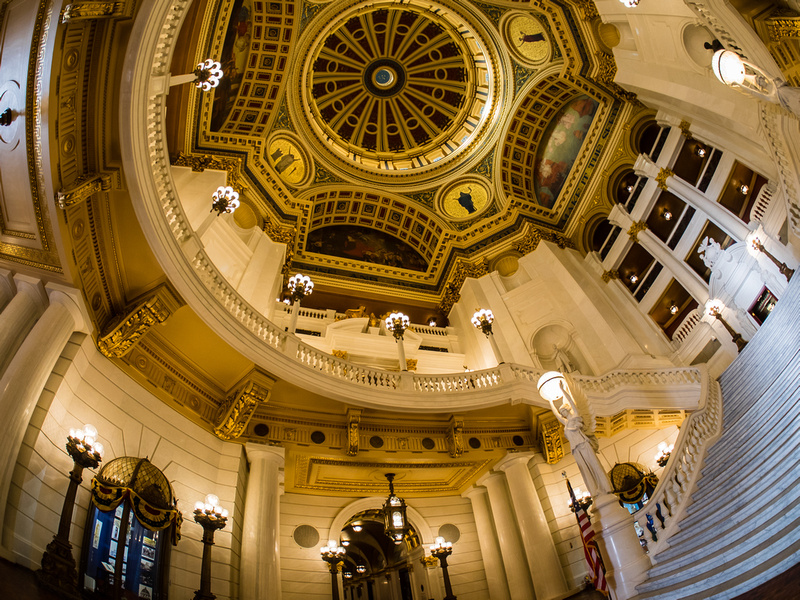 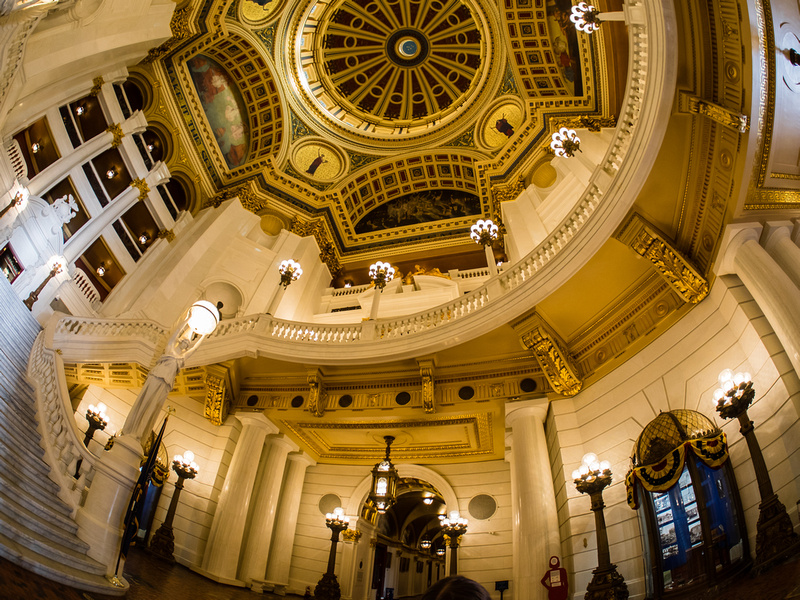 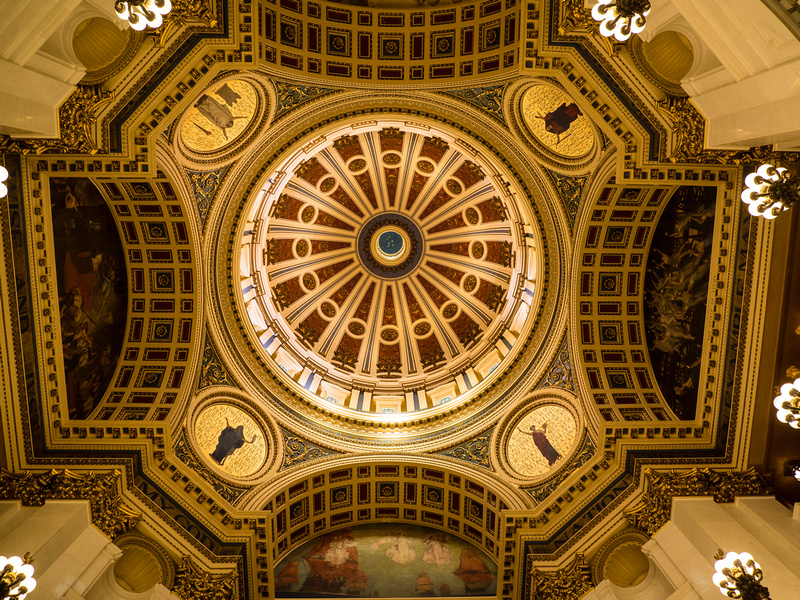 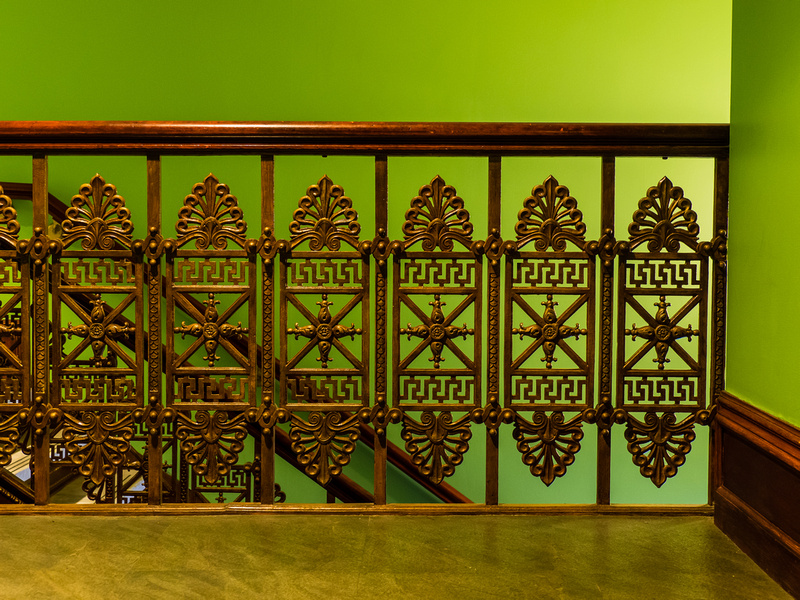 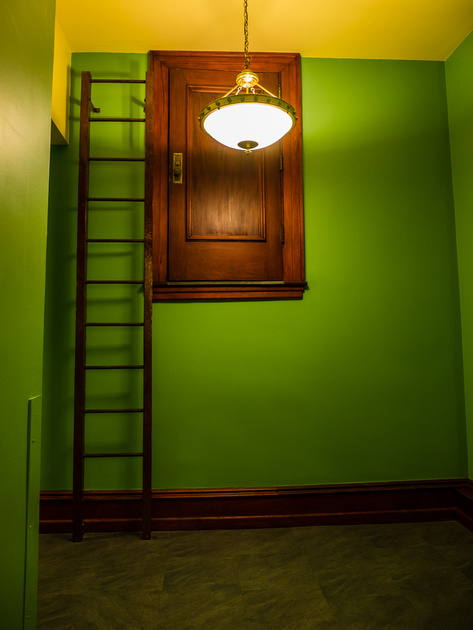 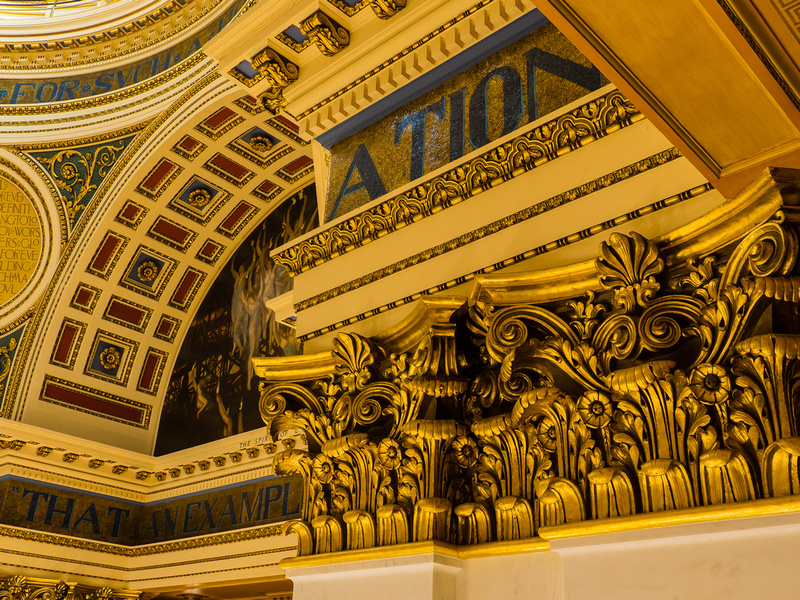 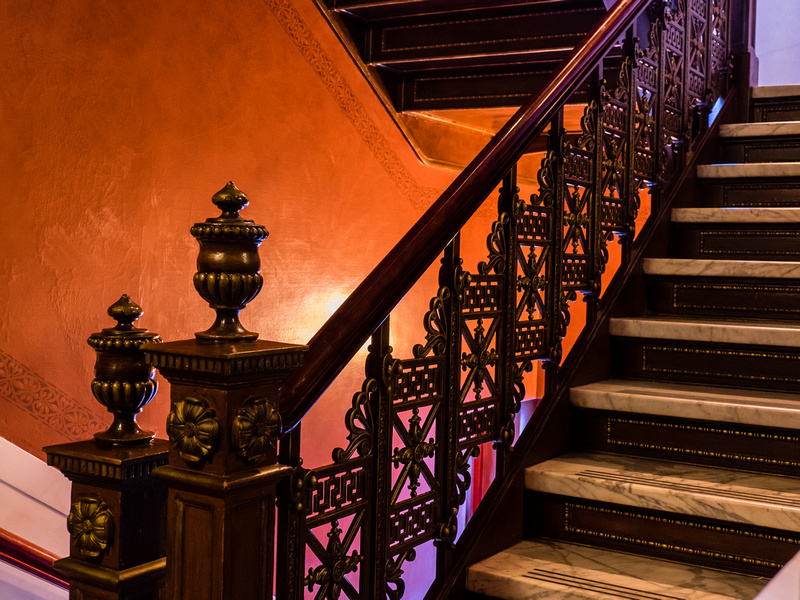 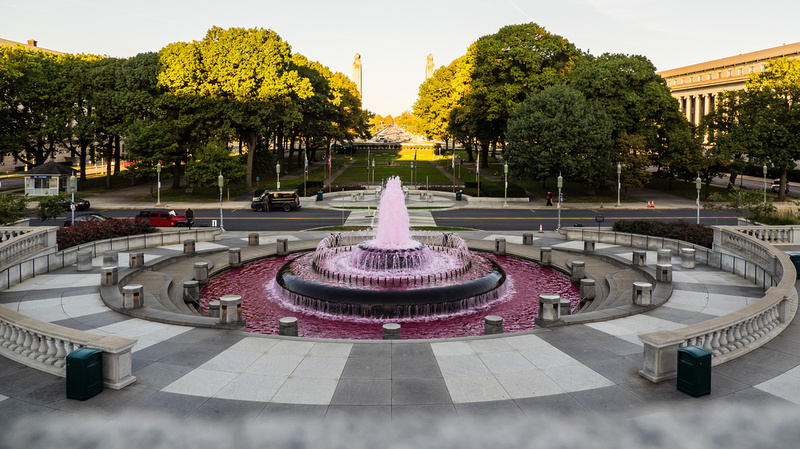 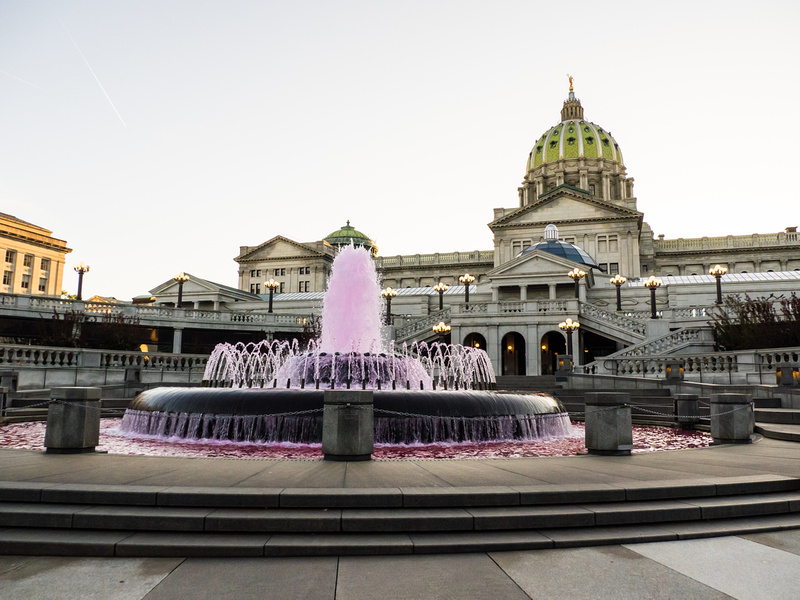 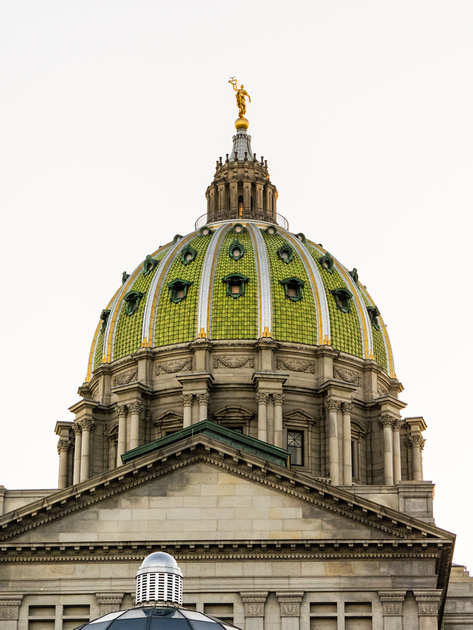 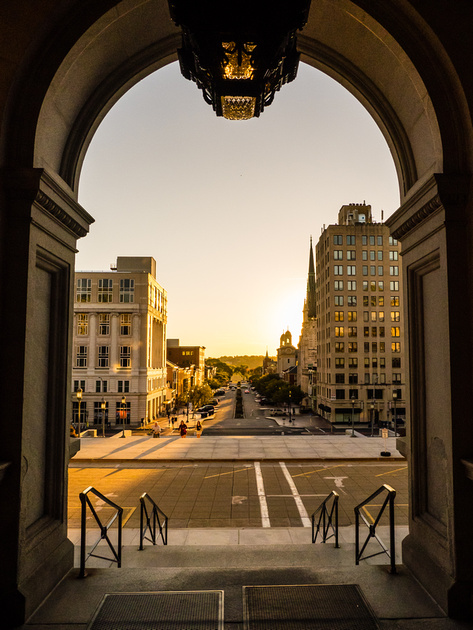 From the Capitol, we went down to the Susquhanna River to watch the sunset. I don't mean to be rude, but Downtown Harrisburg seems to be a really sketchy area. Thankfully, there was a large group of people doing a Cancer walk, so we moved quickly and kept up with the group. I didn't feel safe there at all. We didn't even get out of the car at Broad Street Market, but we got stopped at the red light in front of the building, so I took the picture from the car window. All of the pictures can be viewed here: Riverfront Park & Broad Street Market Gallery 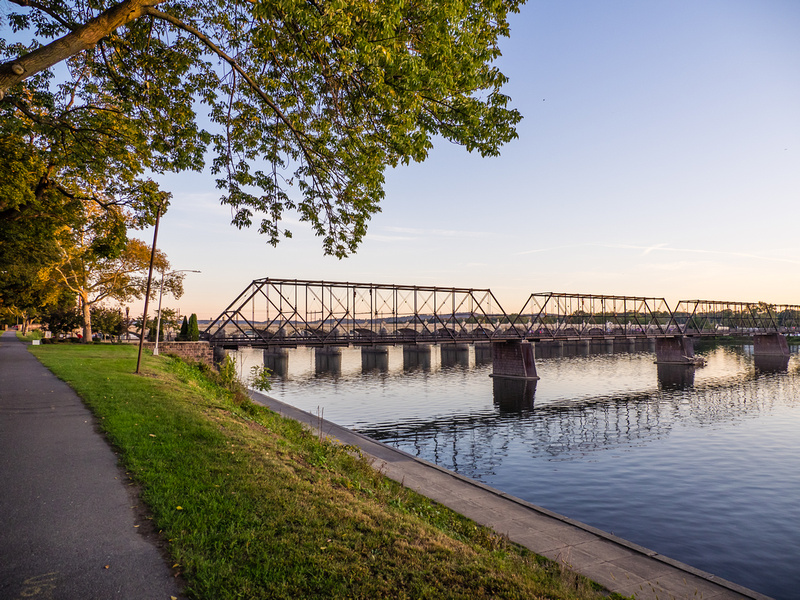 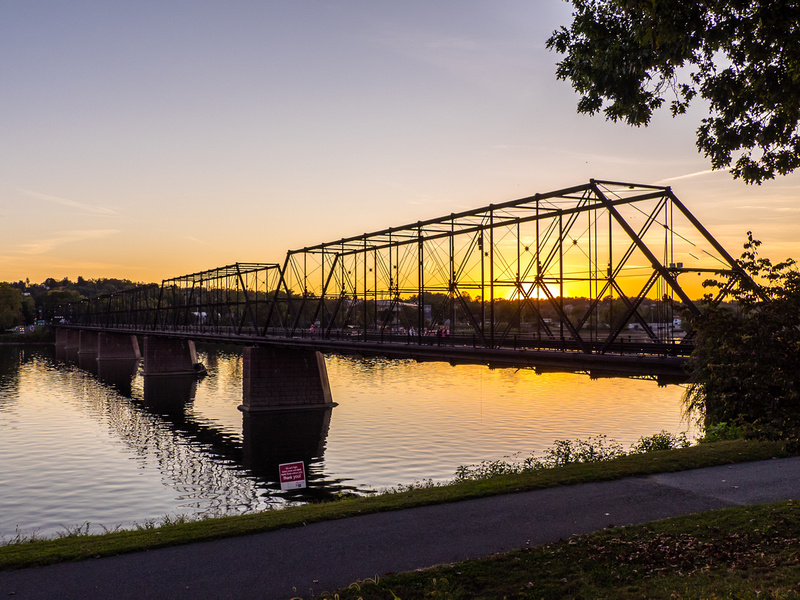 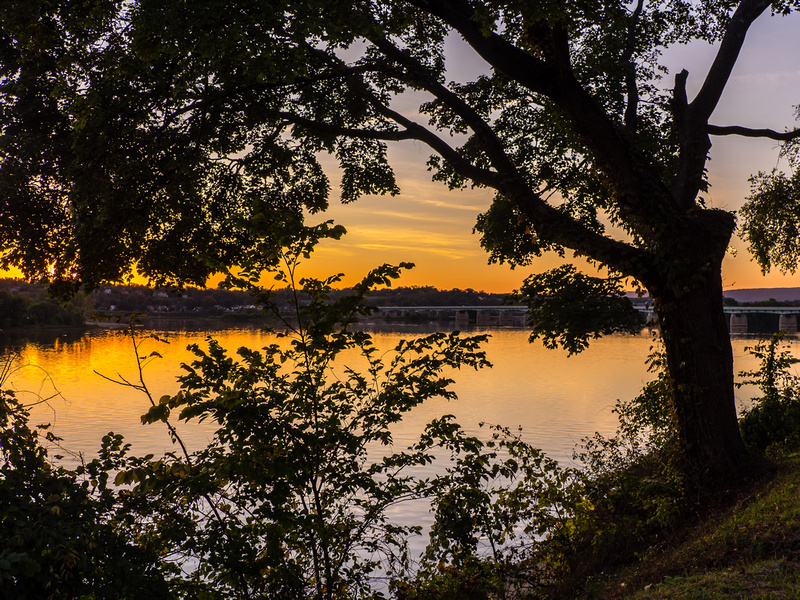 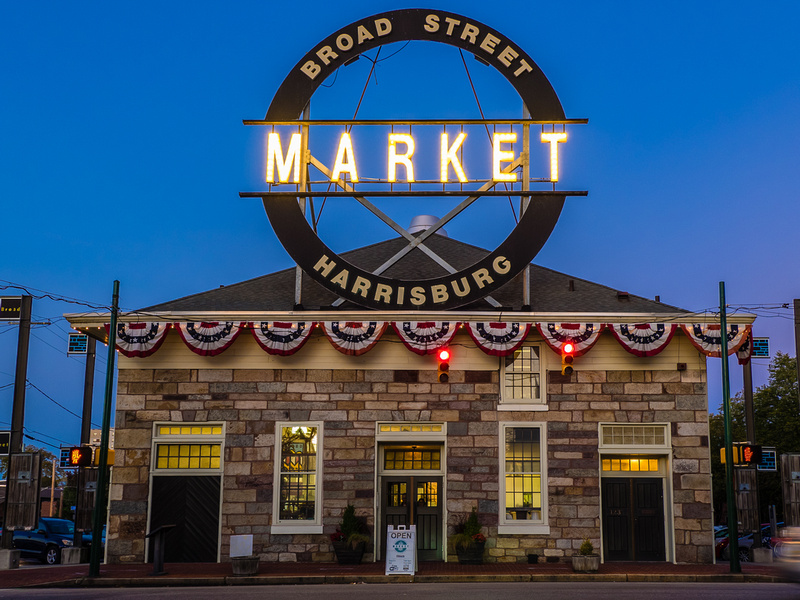