Skipping right over our Saturday at Hersheypark (day 3 in PA), our last full day in PA was on Sunday and we headed north. It was a long, but very awesome day of discovery and sightseeing. We left Harrisburg around 7 am and headed north. We drove 463 miles this day for a nearly 10 hour drive. When you add in the stops and exploring we did, you can see why it was such a long day. We didn't get back to our hotel until 10 pm! 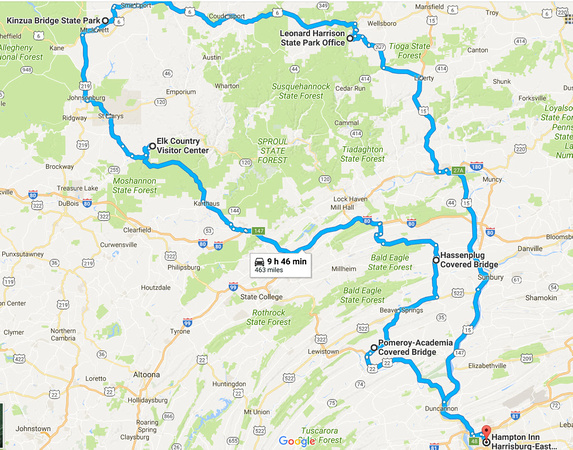 Our first two stops of the day took us to the Pomeroy-Academia Covered Bridge and the Hassenplug Covered Bridge. The drive was beautiful, but we had heavy fog heading to the first bridge. Both bridges are off of the beaten path and we were the only car driving around the country roads at that early hour. We arrived at the first bridge about an hour after leaving Harrisburg.

The Pomeroy-Academia Covered Bridge is 278 feet long and is the longest remaining covered bridge in Pennsylvania. It was built in 1903 as a single lane, double span Burr truss bridge. It crosses the Tuscarroa Creek between the Spruce Hill and Beale Townships. It was listed on the National Register of Historic Places in 1979. 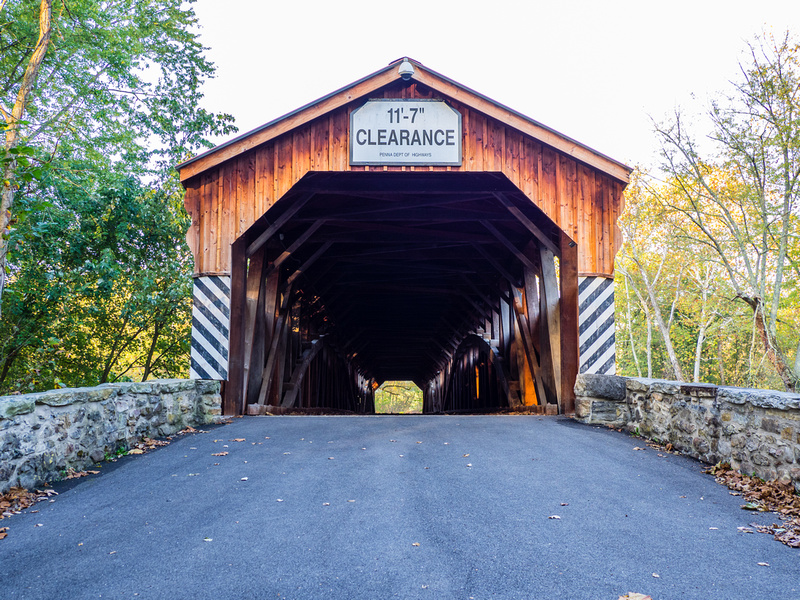 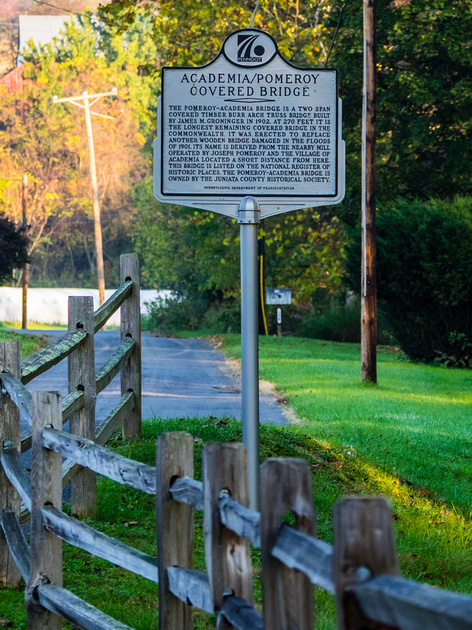 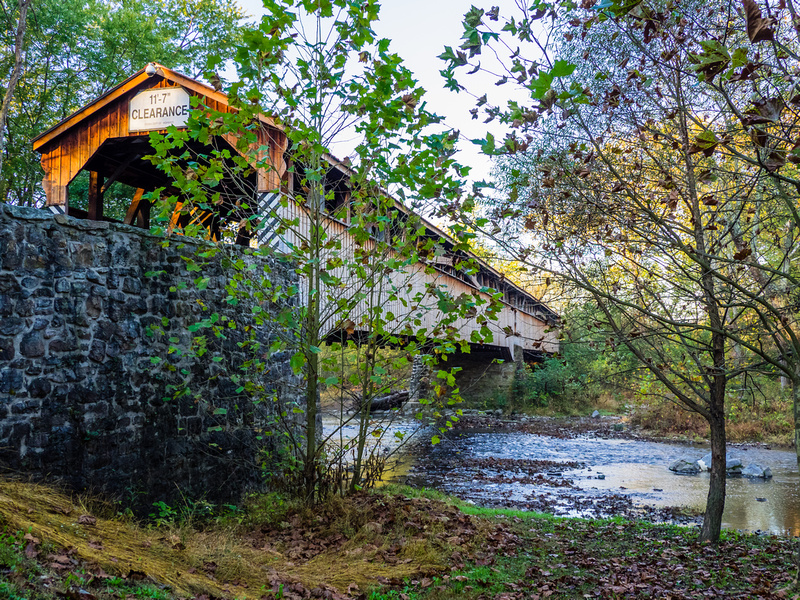 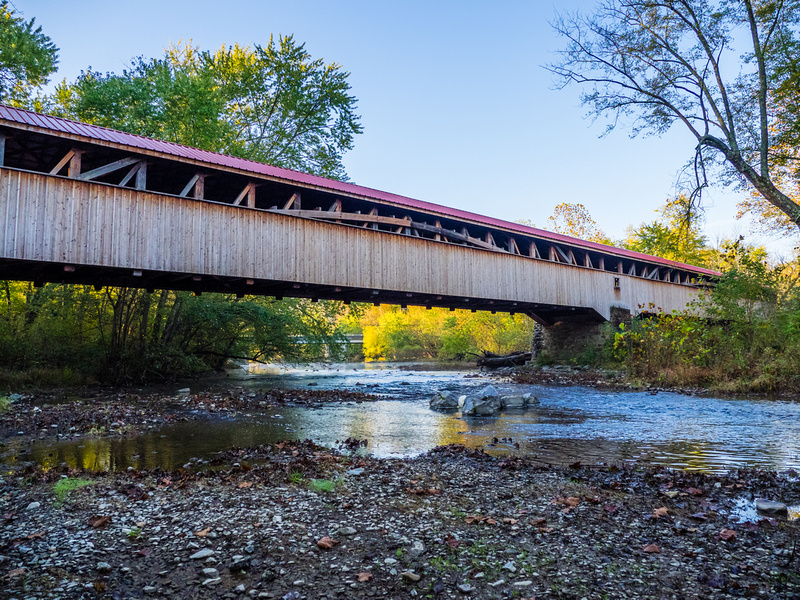 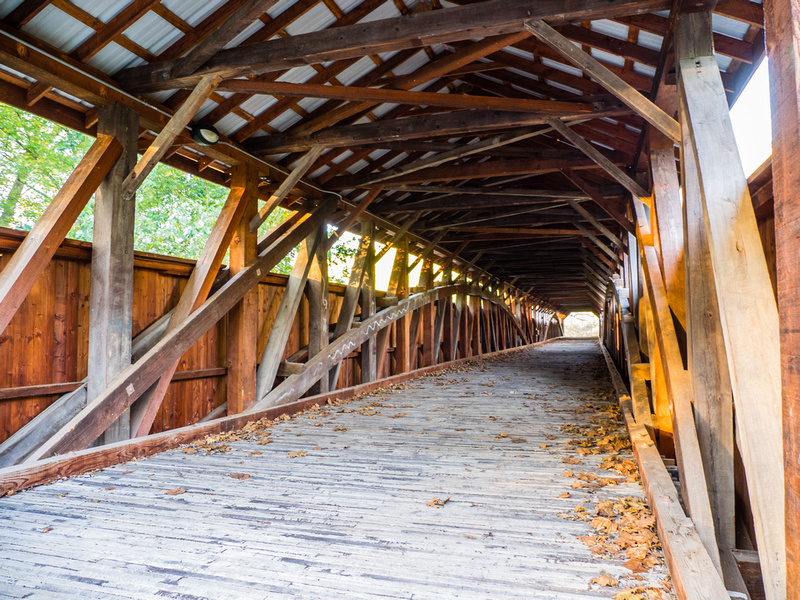 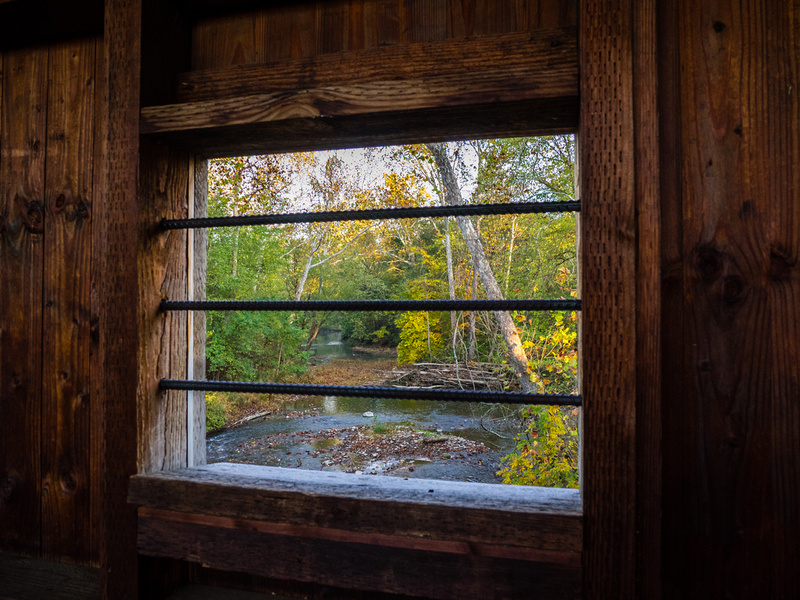 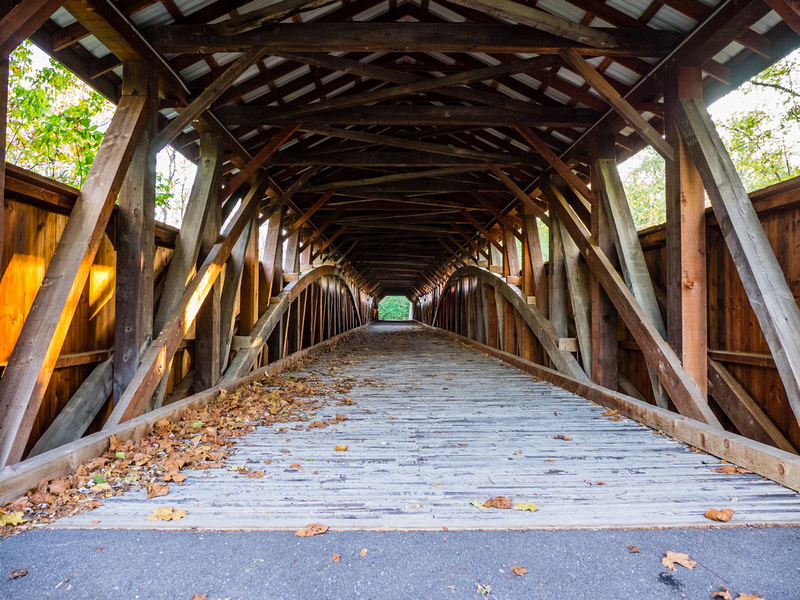 Another 50 minutes up the road we found the Hassenplug Covered Bridge, the oldest known covered bridge in Pennsylavnia. This historic wooden covered bridge is in Mifflinburg, PA. It is nearly 80 feet long and is a Burr truss bridge constructed in 1825. It had a renovation in 1959. It crosses Buffalo Creek and can still be driven through today. It was listed on the National Register of Historic Places in 1980. 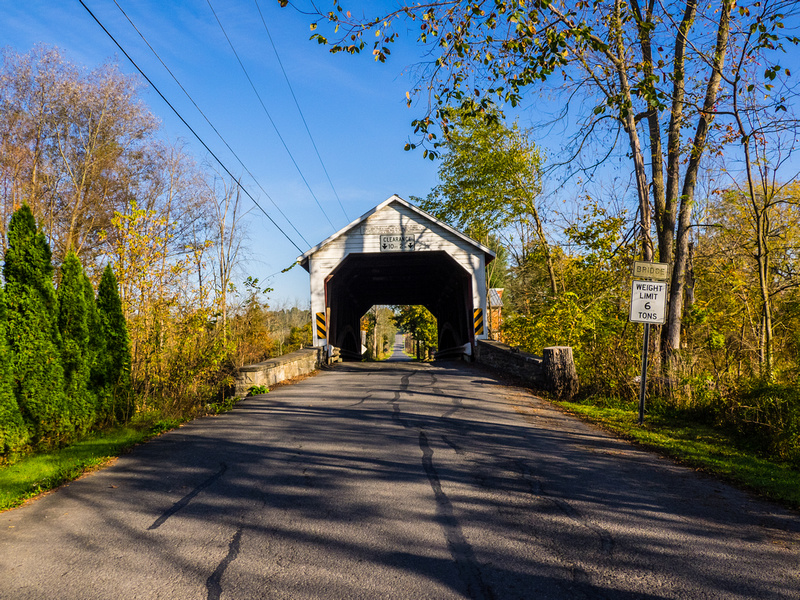 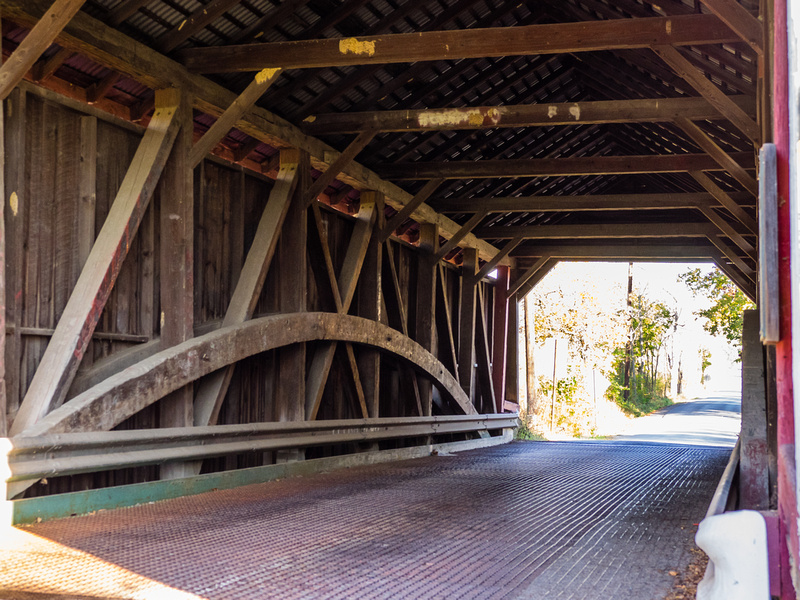 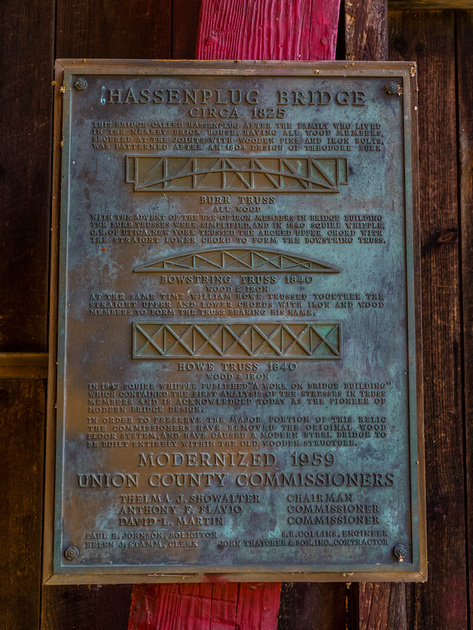 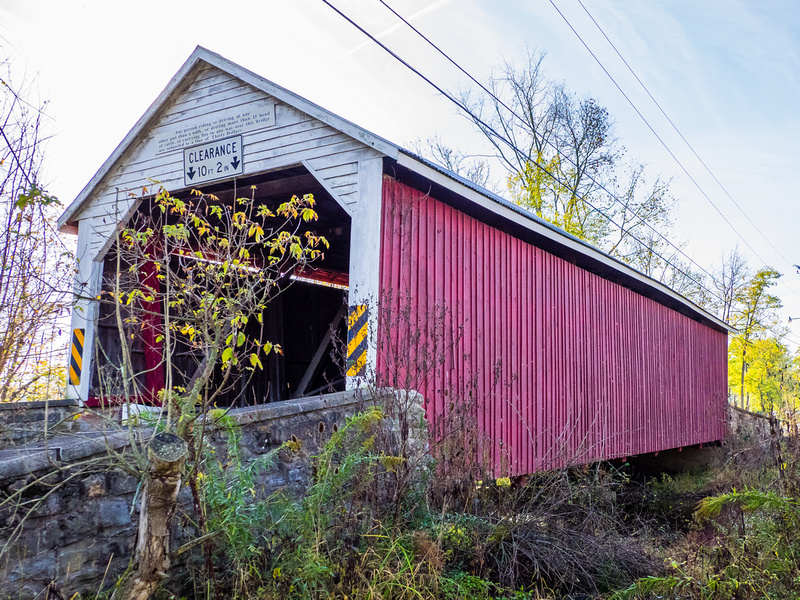 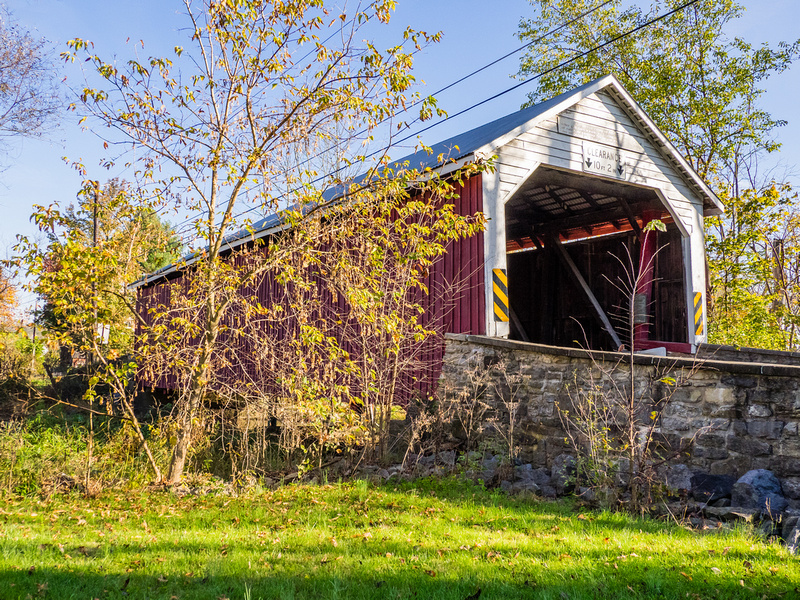 During the Battle of Gettysburg, this bridge was used by both Union and Confederate forces, including during the Confederate retreat. The area around the bridge was the site of a hospital during the battle and was later the location of a triple hanging. Because of these events, it is a favorite of ghost hunters, and there are many reports of strange occurrences at this bridge. 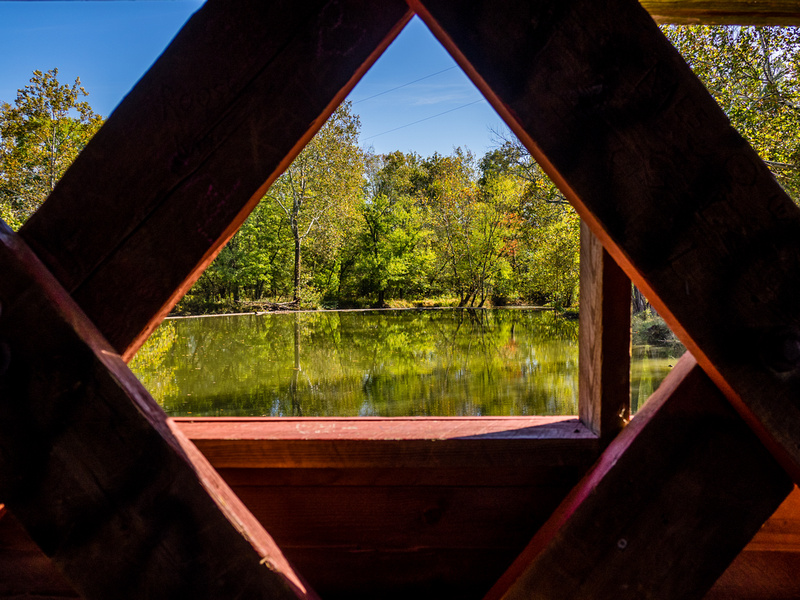 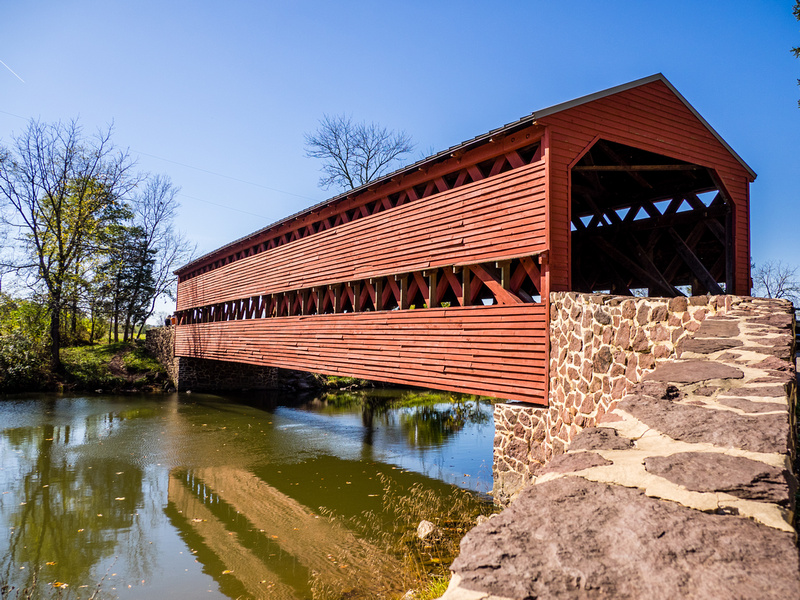 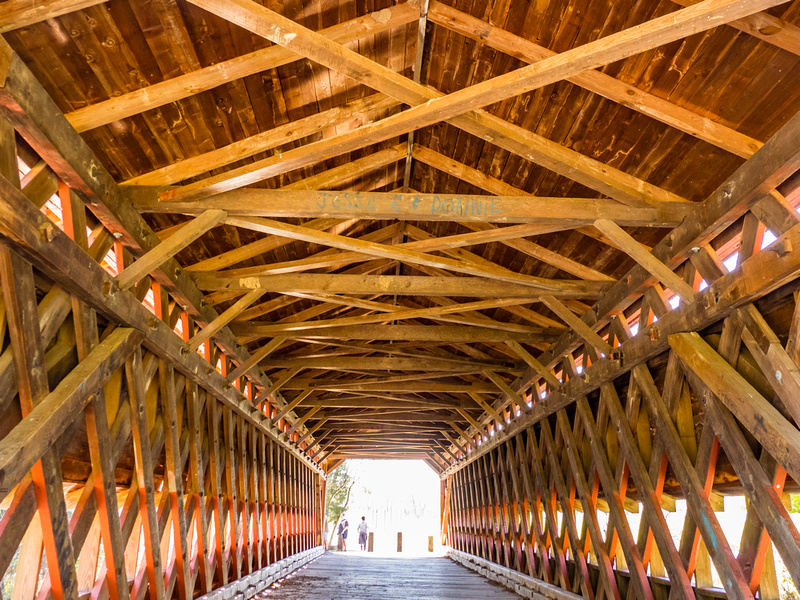 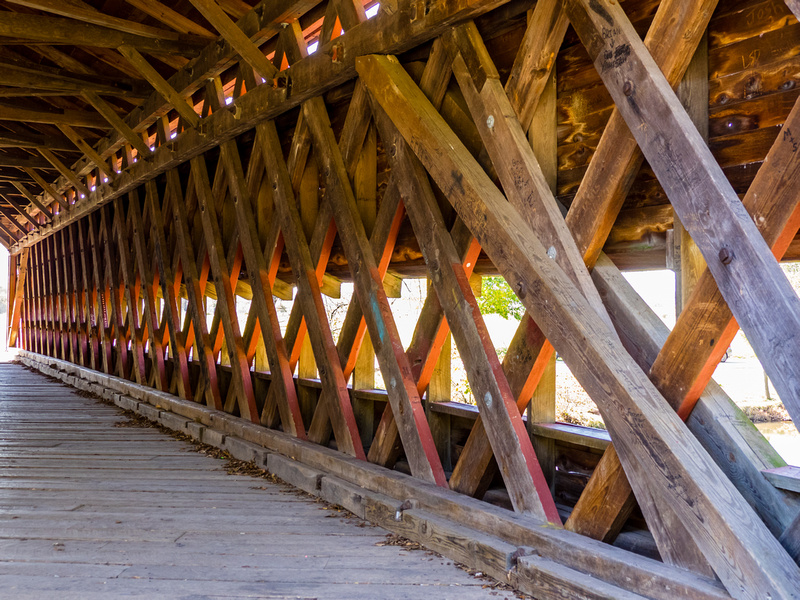